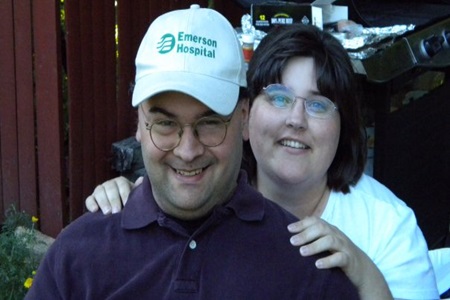 Metal in the year 2013. Still exciting, still multi-dimensional, still not without its share of controversy. To buy or not to buy and what to buy seems to be the stirring, never-ending debate as bands need to go on tour much longer to sustain any sort of living making music. And what will happen when the legacy acts such as Iron Maiden, the Scorpions, Judas Priest, Black Sabbath stop touring altogether? Who will be able to fill the arena void, or will large festival tours during the summer be the only packages able to draw 10K+ crowds in North America?

Here are my picks for the end of the year. These are the albums I enjoyed the most, still gain great pleasure in listening to months past their initial discovery in my laptop or stereo, and probably will return to now and again as I pass through my 40’s.

1. Omnium Gatherum – Beyond (Lifeforce Records)
Yes, this hit the market early in 2013, but this Finnish melodic death metal band seem to know when to hone in on this delicate blend of amazing progressive sensibility and sheer heaviness- along with atmospheric, intuitive contrast. Beyond sets the bar high in the genre, and for Omnium Gatherum themselves. Looking forward to hearing many of these tracks live when this tour with Dark Tranquillity hits North America in early 2014.

2. Wolfheart – Winterborn (Self-released)
When Tuomas Saukkonen laid to rest Before the Dawn and his zillion other side bands, worry set in that we wouldn’t hear anything more from this singer/songwriting/ multi-instrumentalist master mind. Silly me, as Winterborn takes all of his previous work to new heights. Thoughtful, moving, dynamic, melodic and extreme often within the same song- proof again that Scandinavia possesses the musicality plus feel necessary to pull off the best in metal these days.

4. Onslaught  – VI (AFM)
Thrash has always been one of my favorite genres, and these UK veterans hit a bullseye with their latest VI. Grasping the right fury and intensity in their riffing a la Destruction with the extreme aggressiveness that Slayer has been known for, I found myself performing simulated air drum and guitar parts to most songs. The best thrash bands know when to be jackhammer in precision and when to transition into that mid-tempo catchiness- and Onslaught has excelled at both with this release.

5. Voivod – Target Earth (Century Media)
The Canadians survive the loss of Piggy and his riff bank with Target Earth. Voivod throughout their career always zig when others zag- somehow making twisted chord progressions work in their favor. The eerie vocal intro to “Kluskap O’Kom” and off-time drumming/guitar madness within “Mechanical Mind” sealed the deal for me that Voivod will continue to live in infamy.

6. Voodoo Circle – More Than One Way Home (AFM)
Probably the ‘softest’ entry in my top 10 of the year, there’s nothing wrong with a little blues-based melodic metal, and this international unit with guitarist Alex Beyrodt (Primal Fear, Sinner, Silent Force) helming a fine lineup. David Readman could be David Coverdale’s twin vocal brother, and musically “Bane of My Existence,” “Graveyard City,”and “The Killer in You” will remind of you of classic Rainbow, early Whitesnake, and the greatness of Deep Purple.

7. U.D.O. – Steelhammer (AFM)
We should feel fortunate as metal consumers. Udo Dirkschnider’s final defection from Accept caused a resurrection of sorts- for both his solo career and the original lineup finally reuniting with Mark Tornillo for some killer records/touring escapades. Steelhammer sees U.D.O. with younger guitarists, a lively, in your face production, and a series of songs that all traditional metal fans will treasure.

8. Artillery – Legions (Metal Blade)
A sub-territory of the thrash genre I enjoy is bands that place a lot of emphasis on a strong rhythm guitar element with thickness. Heathen and Paradox come to mind the most (the long-missed Cyclone Temple as well), and Artillery return to those standards with Legions. The Danish troop continue to sustain a healthy creative kick with their gallop-oriented riffing and rhythm nuances that bridge the old school with current production technology advances to make this a thriller.

9. Carcass – Surgical Steel (Nuclear Blast)
Surprise, shock and awe? Most didn’t know if Carcass would ever return to the studio after their reunion dates. Few possibly could have predicted the substance and weight of songwriting on display with Surgical Steel. The logical follow up to Heartwork.

10. Shaded Enmity – Forsaken and Forgotten (Self-released)
Our esteemed editor at Dead Rhetoric turned me on to this band, and once checking out this album I was blown away. How they can remain unsigned this many years into the game is unfathomable. Melodic death metal with power, progressive and extreme metal nuances, you will be left spellbound by the guitar harmonies, intense drumming, and overall weighty atmosphere on record. Here is a U.S. metal band worthy of the praise they are receiving.