Austrian post-doom-heavy-dudes Glare of the Sun isn’t your chip off the traditional Isis/Cult of Luna chopping block. No, they’re something entirely different…riveting, even, something that comes to the fore early and often on their second and rather outstanding full-length, Theia. As the band collectively tells Dead Rhetoric, Theia wasn’t hatched as some grand plan or career-altering album; instead, the band let things flow naturally, taking the lessons learned from their 2017 Soil debut and translating them onto Theia, which, as it stands today, is one of the year’s best apocalyptic metal albums…

Dead Rhetoric: Did you feel you accomplished what you needed to with Soil?

Martin: Basically yes, it was our first album together, the album got some good responses and we are proud of that. Looking back, you might do one or the other thing differently, but who cares?

Chris: For me, one of the most important things we accomplished with Soil was finding our sound. Martin Schirenc and Dan Swanö did an awesome job with that! We’re really into experimenting with unusual sounds and equipment and it is quite a challenge for a recording engineer, putting this all on a record together. It was a great first step – Theia is the next one!

Frebert: For the first time, we recorded together in the studio and did not know yet whether our sound ideas would be suitable for us and the listener. What Martin Schirenc and Dan Swanö ultimately made of it would not have occurred to us in our dream. We have thus made the right decisions and thus more than achieved our goals with Soil.

Dead Rhetoric: Do you know think you have a “healthy distance” between Soil in order to create something new?

Martin: Some of the tracks on Theia were written right after the recording of Soil, so there was no distance at all, but there were this creativity and motivation everywhere!

Chris: Yeah, some songs on Soil were from the beginning of Glare of the Sun and we were right in the middle of a hugely creative process, finding and evolving ourselves into what now became Theia.

Martin: Now after the work on Theia, it feels a bit different, the recording was more demanding than the production on Soil was.

Chris: Right, it was more challenging, but that’s okay! We all grew on that!

Dead Rhetoric: Putting out your first album is a big milestone, but following it up with some better is more challenging. What was the songwriting process like for Theia?

Martin: Better? Let’s say different … it always depends, we don’t really know if the audience will like Theia more than Soil, but we didn’t have goals for the songwriting or anything, that’s not how we work. Our songs evolve a lot during the creative process so we’re just giving ourselves the space to experiment.

Chris: We are not writing music while rehearsing – Gerry and Martin is the starting point of new songs; they’re sending us ideas and everyone is adding new stuff. So, everything is free to go into any direction, and we like that. When a Song is nearly finished, we are heading into the rehearsal room and refining some parts.

Frebert: Songwriting process was quite the same as we did for Soil. The only difference was that the songs before the studio recording were already much more finished than in Soil.

Chris: It represents the downfall, witnessed from different perspectives and on many levels. There are mythical aspects, as well as deeply human ones and we tied this all together to an apocalyptic picture of mankind. Everything is ending and begins again.

Frebert: AND the second album of Glare of the Sun!

Dead Rhetoric: The album as a whole feels like it has its narrative – like every song is connected. Was that done on purpose?

Martin: We think every album represents a period of our lifetime – when the album is finished this period is over and something new will start. So, it’s not really surprising that there is a certain flow within Theia.

Chris: Lyrically it wasn’t on purpose from the beginning. Gerry and I are writing the lyrics and we soon realized that we were revolving around similar topics. So, this came out very naturally as well and we went deeper into that. Musically, we always want to tell a story. This is what a good album should do in my opinion!

Frebert: Yeah, and the goal was also to transfer the ups and downs within the songs to the entire album. Each song works as stand-alone, but the entire album at the same time takes the listener on a journey.

Dead Rhetoric: To these ears, Theia is more monolithic and “devastating,” to say the least. Was it the attention to make some of these songs so climatic?

Chris: Yes and no, Martin and Gerry have a very different style of playing and writing. The whole band often works as a catalyst for the basic mood of a song. If it’s brutal from the beginning, it’s going to be fucking devastating in the end! We only destroyed one song on purpose, but I won’t tell you which one! Take a guess!

Dead Rhetoric: Furthermore, there are more melodies than ever before (like on “II,” “VI” and “VIII”). How did you go about working this into your sound?

Chris: Soil was really a very simplified album, we cut everything out which wasn’t necessarily needed. Theia is a lot more detailed and atmospheric, we left space for the lines to shine and we even enhanced that with synths and other things.

Frebert: We also wanted to treat the listener to a few breathers before it starts thundering again. What is better than melody for it?

Dead Rhetoric: Do you think Theia makes Glare of the Sun more difficult to describe than ever? You’re not really doom nor post metal at this point…

Chris: Well, we probably never were, but I‘m preferring a reaction like “WTF is this?” instead of “Oh, it’s that kind of metal again” any time!

Martin: We’re always joking on those genre discussions – it’s not important for us. Our sound is a result of five individuals and their gear which interacts in a certain way. We can’t tell you what our next song will be, just pick up the guitar and noodling around – and suddenly something is happening, and you will notice that immediately – at this point, you don’t think “oh that’s not doomy enough, or hey let’s make it more post-metal like”. If it feels natural to us and keeps ringing in our heads for a while, we are satisfied.

Frebert: We do not consciously try to match not any genre or try to match it. We just play what feels right to us.

Dead Rhetoric: What’s the live show approach going to be for Theia? The album feels like it can be played in full live with a great light show.

Chris: That would be great! Light is definitely a thing for us! If you ever saw us live, you noticed for sure. Maybe we’ll do some special shows, but we don’t know yet.

Martin: At the moment we decided to mix up the setlist, let’s see what happens in the future!

Frebert: Of course, we try to support the mood of the songs with light effects as good as we can. For the next show, we even planned to have a light engineer with us.

Chris: We want to do what we love, playing live as often as possible! We’re also planning new videos, we like mixing visual things with our music. So, let’s hope we’ll get a great summer! Hope to see you guys on one of our shows! 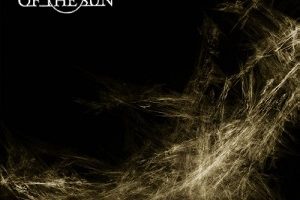 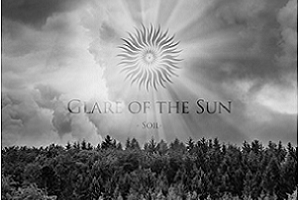