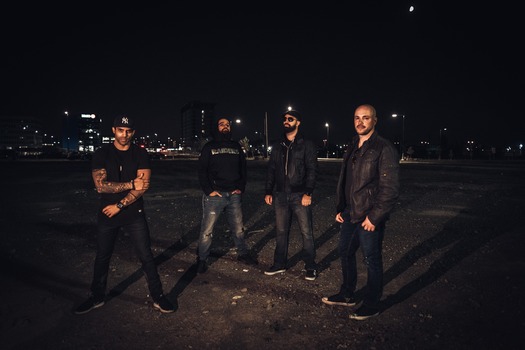 Alas, it’s almost the end of 2020 already. While many of us have definitely been counting down the hours until we reach the new year, it’s gone by surprisingly quick considering the amount of quarantine/quiet time that a lot of people have had. Will 2021 be better? Who is to say, but it’s sure to be just as full of metal goodness. This month we check out After Earth, Allegaeon, The Deviant, Grimorte, Leviathan, Nominon, Odax, Persuader, Six Foot Six, Starbynary, Stormhunter, and Synastry (pictured above). 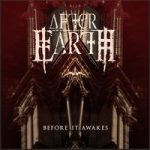 After Earth – Before it Awakes (Self-Released)
The debut effort from this Swedish melodic death metal act, Before it Awakes hits some familiar strides for those seeking melodeath on the heavier side of things, meaning that this falls more in line with Amon Amarth than it does In Flames. There’s a lot of energy in the tracks, and the galloping pace ensures that there’s plenty to hook you in. As noted, it stays in line with the usual formulas, but as they continue to progress, some further individuality should pop out. In the meantime, those who want some epic melodic death will find plenty to enjoy. – Kyle McGinn (After Earth on Facebook) 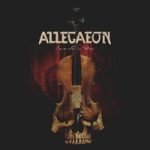 Allegaeon – Concerto in Dm (Metal Blade)
A short but sweet two song instrumental release, Allegaeon really go for the sweeping orchestrations this time. No joke, as the title track is Bach cover done in full metallic Allegaeon glory. There’s a lot to take in with the 7-minute track and it absolutely soars – really showcasing the amount of classical inspiration in Allegaeon itself. B-side “In Flanders Fields” is a more restrained and gentle piece, but a nice piece of solitude following such a brilliant bombastic explosion. This should find appeal with both Allegaeon fans as well as classical listeners. Definitely worth checking out! – Kyle McGinn (Allegaeon on Facebook) 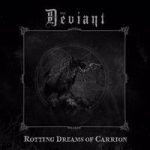 The Deviant – Rotting Dreams of Carrion (Soulseller Records)
The Deviant bring forth their third full-length album with Rotting Dreams of Carrion. A thorough mix of black, death, and doom, it does settle into rather murky waters from beginning to end. With a myriad of tempos, they run from the oppressively doomy “Torment Inferno” to the more urgent “Martyrdom” to the militaristic and calculating “Iron Vultures,” the band really does hit a bit of everything. But it all stays consistent, with the only thing holding it back being somewhat lackluster in the memorable riff department. There’s unfortunately not a track that really reels you in and drags you back for more. – Kyle McGinn (The Deviant on Facebook) 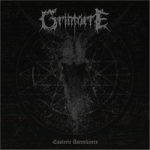 Grimorte – Esoteric Ascendance (Self-Released)
Another brand new act unleashing their first EP/debut, Grimorte take an atmospheric and eerie approach to extremity. A slurry of doom and black metal influences, with a heavy dose of bleak vibes, the sound of Grimorte is one that wallows in despair. There’s a melancholic beauty to the title track, in the way that it swirls around gathering eeriness and gloom. But the blackened aspects keep it sounding more interesting overall, instead of following the usual doomy path. A promising first release. – Kyle McGinn (Grimorte on Facebook) 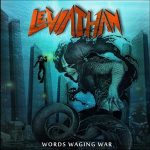 Leviathan – Words Waging War (Stonefellowship Recordings)
Founded in 1989, Colorado act Leviathan made impressions in the 1990’s with their stirring power/progressive metal material. Gaining Brazilian vocalist Raphael Gazal and drummer Kyle Brian Abbott with long-time members guitarist/keyboardist/ vocalist John Lutzow and bassist Derek Blake, Words Waging War is a return to their older, expansive sound with technical passages and a wide array of slower to mid-tempo/faster material over the course of 13 tracks and 67 minutes of music. Straightforward, marching efforts like “Picture Perfect” and “Ten to the Twelfth” bring to mind their early Queensrÿche influences, while the longer outings like “Compromised by Need” and “WWW” showcase their expansive musical interplay and progressive/technical prowess, a la Fates Warning and Shadow Gallery. Narrative accents, subtle 70’s-like keyboard embellishments, and dynamic movement track to track prove Leviathan continue to excel at their craft, seven albums in, to deserve all the accolades and acclaim coming their way. – Matt Coe (Leviathan on Facebook) 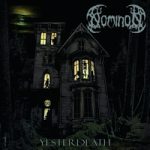 Nominon – Yesterdeath (Emanzipation Productions)
This isn’t new material, but a collection of 7″ EPs that range from 2003 and 2014 from this veteran Swedish death metal act. As such, it’s not the type of thing meant to draw in a new crowd so much as satisfy long-time fans who may have been trying to seek out some of this harder-to-track-down material. Nominon deliver some visceral and raw power on this tracks, and the progression goes from newest (2014) to oldest (2003) so that the production differences aren’t so jarring. But really, this one is for super-fans and die-hards only. – Kyle McGinn (Nominon on Facebook) 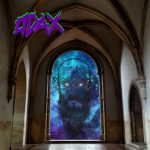 Odax – The King is Dead (Inverted Kite)
Odax, a Seattle four-piece with a keen sense of storytelling and traditional metal know-how, have returned with their second full-length, The King is Dead. Dropping further into their own concept about the death of a King who ruled over the mythical Hyrethrone, The King is Dead runs for the anthemic metal hills, in particular, vocalist Nick Raykovich, who is equal parts sage and high-wire wailer. The whole thing is DIY but executed to the hilt, proving that you don’t need a big budget and/or label to pull off adventurous metal of this sort. – David E. Gehlke (Odax Bandcamp) 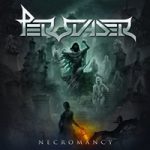 Persuader – Necromancy (Frontiers Music)
We may not get as much output from these Swedes as preference goes (Necromancy their fifth studio album in twenty years), but Persuader makes up for things in grand design and superior output. Power metal of the older Blind Guardian kind, these seven songs have a bit more of a modern, heavier edge (think Arch Enemy or current Nocturnal Rites, especially in the guitar tones), which along with the Hansi-esque vocals of Jens Carlsson make “Scars” and “Gateways” mighty steel offerings, aligning to the mythology/fantasy and marching tendencies you feel taking this in. Persuader proves you can be versatile, keep up with the times, and not forsake the Teutonic-oriented speed/power platform that put you on the map in the first place. Heck even the extreme blackened/blast beat aspects to “Raise the Dead” work, and that’s not easy to achieve in this realm. – Matt Coe (Persuader on Facebook) 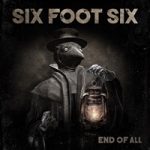 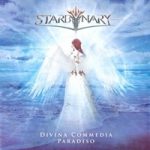 Starbynary – Divina Commedia: Paradiso (Art Gates Records)
The third and final installment in the Dante series of records, Italian band Starbynary with Divina Commedia: Paradiso deliver another stirring power/progressive outing full of enchantment, fluid passages, diverse male/female voices and measures that can bombastic, symphonic, or even extreme when called for. Be it Italian-sung, operatic strains during “Venus”, classical piano tinges during “The Moon”, or the cinematic scope that the epic almost seven-minute “Primum Mobile” instrumental takes in a Symphony X/Dream Theater flurry through twin guitars, pitch bending keyboards, and pulsating rhythms, diversity and passion are key to sustain interest over the obvious musicianship/songwriting prowess. The planet / stars align for individual themes, and the only weakness at times is the strained upper reaches of Joe Caggianelli’s voice (check out his wild crooning for “The Sun” as a best example). Most ardent power/progressive metal followers especially of the 90’s/early 2000’s brigade will like the wide array of sound and styles Starbynary deliver. – Matt Coe (Starbynary official website) 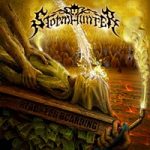 Stormhunter – Ready for Boarding (G.U.C.)
A German band with a Running Wild-oriented title for their latest EP – any guesses what style of metal we have here? Teutonic power metal with plenty of Blind Guardian/Running Wild reference points for the three original songs – you can expect mead-style vocal choruses, twin power harmonies, and a mixture of uplifting riffs of the mid-tempo to slightly faster variety. “Crown of Creation” and “Sharp Invaders” will elevate audiences and get the air guitar heroics going – while the Trust cover of “Antisocial” in French is solid. Hard to believe this act has been together since 1998 and isn’t more well-known, as this is impressive, classic power from that late 80’s/90’s mold that hits all those cultural boxes that are memorable for a lifetime. – Matt Coe (Stormhunter on Facebook) 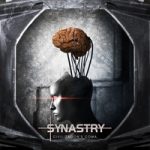 Synastry – Civilization’s Coma (Self-Released)
After laying a foundation back at the turn of the century, Montreal’s Synastry have returned with a new line-up twelve years after their sophomore effort (Blind Eyes Bleed). Coming back with a vengeance, the band’s sound takes some influence from older Fear Factory with a slightly industrialized sound to it. It sticks to the heavier side of things, but some melodies are brought in via the instruments, along with some groove to augment it. While it’s only three tracks, it’s a great welcome back for anyone looking for some cyber metal that treads industrial territory. – Kyle McGinn (Synastry on Facebook)