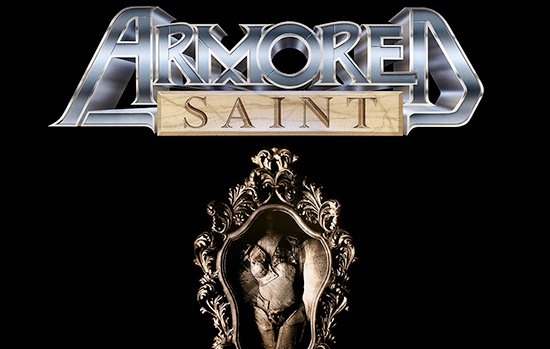 First dates of new tour runs can be an adventure for all parties involved. From the behind the scenes people to the bands themselves, it’s not quite a well-oiled machine when taking things from planning and rehearsal rooms to actual live execution. Such is the case with this latest US tour run for Armored Saint – celebrating a part of their history by performing their fourth studio album Symbol of Salvation for the first time in its entirety. It’s a testament to the band’s versatility and longevity, despite the fact they’ve never necessarily ‘broken through’ commercially as some of their contemporaries did in the 1980’s. The legions of old school metalheads converged upon The Chance for a Tuesday night history lesson – and got to take in a couple of local acts and Act of Defiance as well.

Shortly after 7 pm Woodstock, New York’s Talon hit the stage with a solid half-hour set of US melodic metal. They were together from the mid 1980’s to late 1990’s, broken up for over a decade, and have been back together since 2013 building back their profile in the local upstate New York/ New York City scene. Between the engaging musical hooks and solid mechanics for songwriting, their originals possess a vibe that runs parallel to bands like Hittman, Fifth Angel, Riot, and Armored Saint. Vocalist Bobby Weiss has a wide, powerful range and can easily hit upper register notes a la Halford and Dickinson. “Running From Office”, “On the Run” and “The Hammer Will Fall” went down quite well with the attendees, hopefully ensuring more attention as the band continue work on a full-length for possible year end release.

Curiosity came into play as Unbalanced quickly took the stage. Not much was known prior to the show about this local band, and they appeared to have a fervent fanbase in funny tour shirts (where it seemed like they would be playing with acts like Slayer and Metallica) looking forward to their set. Unfortunately over the course of their 25 minutes, they played six cover songs – and most of them not even coming close to doing the original versions justice. From “Delivering the Goods” (Judas Priest) to “Last Caress” (The Misfits), “Unsung” (Helmet) to “Ace of Spades” (Motörhead) they just seemed unfocused, paint by numbers renditions without any distinction song to song. While delightful to some in the crowd, they left a bad taste in this scribe’s mouth that hopefully the national support would wash away.

Featuring two ex-Megadeth members (drummer Shawn Drover and guitarist Chris Broderick) and a Shadows Fall guitarist turned bassist for Matthew Bachand, Act of Defiance are supporting their second full-length Old Scars, New Wounds. Intertwining cuts from both albums, songs like “Legions of Lies”, “Overexposure”, and “M.I.A.” push their modern thrash angle front and center to the crowd. Guitarist Chris Broderick mesmerizes through his arpeggio-laden breaks, while vocalist Henry Derek Bonner switches up his natural clean melodies with this groove-oriented screaming nature. Given the fact that they were the heaviest band on the bill, they received respectful applause – and probably pushed a few newcomers to purchase items in support of the cause.

Just before 10 pm, Armored Saint hit the stage all guns blazing as they say in the business – primed and ready for a metal night to remember. Technical difficulties aside (the PA dropping out during the closing measures of “Symbol of Salvation”, John’s microphone giving out at the end of “Can U Deliver”), the band electrified the legions of fans (many adorning shirts from the 80’s, 90’s, and 2000’s from the band) to an 18 song, 90-minute set list of favorites. Opening with the triple older salvo of “March of the Saint”, “Long Before I Die”, and “Chemical Euphoria”, the quintet feels at home on stage – dealing out those addictive riffs and hooks that we’ve come to know and love since the early 80’s. Charismatic frontman John Bush keeps the crowd engaged, facial expressions and high screams still in tact along with a sense of humor regarding his bald status versus birthday man’s Phil Sandoval full long locks. Launching into the 13-song Symbol of Salvation next, you truly hear the varied nuances at play from front to back – beyond the hits like “Reign of Fire”, “Tribal Dance”, and “Last Train Home” into rarely/never aired numbers such as the bluesy “The Truth Always Hurts”, epic “Tainted Past”, and ballad-esque “Another Day”. Kudos to the band for taking on this record in full – it showcases even back in 1991 what made the group so special from a traditional metal perspective, as the record has heavy/thrash moments just as much as a restrained/emotional side to make this a timeless classic.

Forgoing the ‘encore’ shenanigans as John didn’t want to have to climb up and down the stairs leading to the upper dressing rooms, the band would play the title cut from their latest album Win Hands Down as well as expected closer “Can U Deliver” to finish off a satisfying first night in the books. Recognizing they’ve played the area numerous times in different venues through the years, this first time at the Chance served as a reminder that Armored Saint are still all business when it comes to live performance, and can execute with the best of them. The several hundreds in attendance left smiling and talking up a storm – and that’s all you could ask for.