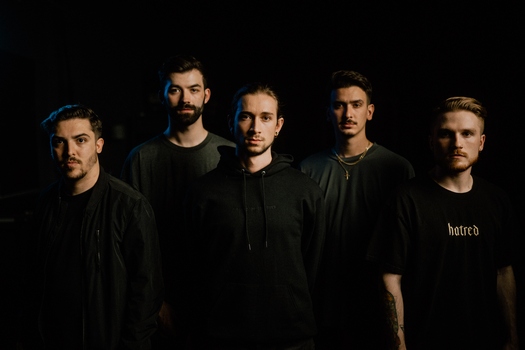 The last big metal rush of the year is upon us in October!  Those last-minute ‘shake up the top albums of the year’ types.  Along with the ‘big uns,’ there’s plenty of other releases that would otherwise slip under the radar here if not for this column.  This month we check out new stuff from Armored Saint, Bloodred Hourglass, Darkness Ablaze, The End of Melancholy, Eternal Silence, Mol, Pharmacist, Rage in My Eyes, Rebellix, Running Wild, and Sentinels. 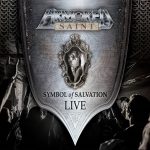 Armored Saint – Symbol of Salvation Live (Metal Blade)
Celebrating the 30th anniversary of this album with a tour, Symbol of Salvation Live recorded at the Gramercy Theater in New York City proves the band was firing on all cylinders in their classic metal style. Performing a mixture of setlist staples like “Reign of Fire” and “Tribal Dance” along with rarely aired cuts like “Another Day” and “Tainted Past”, you can hear the energy, charge, and verve of these musicians roaring through songs that in the early 90’s took on special meaning before grunge/alternative music dominated the North American landscape. The killer guitar tradeoffs, proper rhythm section support, and stellar John Bush vocals hold up today – and the five bonus demo tracks from 1989 showcase other songs in primitive form that didn’t make the record. They conquer again. – Matt Coe (Armored Saint official website) 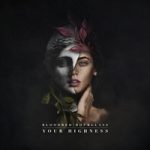 Bloodred Hourglass – Your Highness (Out of Line Music)
BRHG have been doing the melodeath thing very well for quite some time now, with four previous full-lengths that sat at the heavier end of the genre.  For Your Highness, they have incorporated more clean vocals into a more prominent role but thankfully they have left much of their aggressive tendencies intact.  So you still get some absolutely rollicking material, such as “Veritas,” that is chockful of potent riffs, but some added emphasis on melodies doesn’t do them harm either.  A great example of a band advancing their established sound without forgetting what drew people to them in the first place. – Katarina McGinn (Bloodred Hourglass on Facebook) 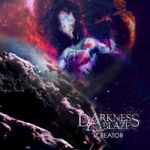 Darkness Ablaze – Creator (Darkstorm Records)
Reigniting after disbanding in 2011 with two albums under their belts, Darkness Ablaze returns for this four-song EP Creator. The lineup intertwines original members Theo on vocals and Jens moving from keyboards to guitar with three new members (welcome Marcel – lead guitar, Sven- bass, and Markus – drums), and sonically is ideal for those who love old school 90’s Scandinavian melodic death metal with melancholic/darker textures. Circular, catchy guitar refrains and savage screams push “Betrayer” to ideal frontrunner status, while the 7:35 “Creator” with its off tempo/heavy riffs and haunting clean to extreme vocal switch offs churn along for captivating measures. Imagine early Dark Tranquility and Omnium Gatherum meeting up with aspects of Sentenced and Wolfheart and understand why this group should garner decent buzz after the prolonged break. – Matt Coe (Darkness Ablaze on Facebook) 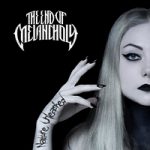 The End of Melancholy – Nature Unleashed (Self-Released)
The Russian alternative metal act returns for their second release, and continue to impress with their ability to blend different elements together.  They can get melodeath-esque heaviness (“Sacrifice”), veer into more rock-ish waters laced with industrial/gothic beats (“Dark Flowers”), or deliver a tearful ballad (“Internally Eternal”), and make it all blend together and work.  Olly Lex has a incredibly diverse vocal range and the band really puts it to the test with their engaging movements into different emotions and sounds.  This is an act that’s ready to break out and catch some global buzz. – Katarina McGinn (The End of Melancholy on Facebook) 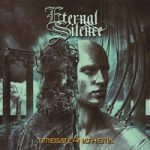 Eternal Silence – Timegate Anathema (Rockshots Records)
An Italian gothic symphonic metal act, Eternal Silence with their fourth album Timegate Anathema exemplify the power of genre blending with class, grace, and tact. Between the melodic comfort and semi-operatic grace of Marika Vanni vocally and the sophisticated chops of her musical cohorts, you get everything from energetic power numbers like “Ancient Spirit” and “Red Dead Masquerade” to the tranquil lush beauty for “Lonely”, as well as some modern/electro-pop nuances during “Glide in the Air” that provide instantaneous hookiness. If names like Amberian Dawn, Xandria, and Temperance mean something to you, Eternal Silence has similar, effective appeal. – Matt Coe (Eternal Silence on Facebook) 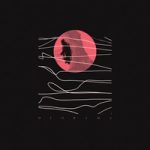 Mol – Diorama (Nuclear Blast)
Been a bit since digging into much post-black/blackgaze, so Diorama was an unexpected treat.  They nail everything one would wish for in the style with this release, really delivering the melodic (and occasionally upbeat) goods into the depressive sound and it makes for a haunting listen.  Lots of darkened beauty to dive into, particularly with the standout “Visage,” which all but lifts the listener into the clouds with its sweeping majesty.  While there’s not as many bands doing this style as there were a few years back, Mol continue to champion the sound with this sophomore effort. – Katarina McGinn (Mol on Bandcamp) 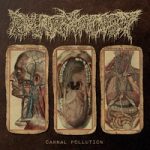 Pharmacist – Carnal Pollution (Self-Released)
Fixing for some old school Carcass deathgrind (read: Symphonies/Necrotism)?  Pharmacist know exactly what you want, and are ready to give it to you with their latest EP.  Carnal Pollution is a furious but rather memorable bit of gore and grinding that is hard to ignore.  Some surprisingly catchy leadwork takes the stage in the title track, but that doesn’t mean they ignore the blasting drums and moments of absolute chaos.  They make it all come together in such a way that will take your breath away.  Lovely grooves, great leads, while handing a gut-punch to the viscera. – Katarina McGinn (Pharmacist on Facebook) 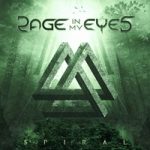 Rage In My Eyes – Spiral (Self-Released)
Formerly known as Scelerata from 2002-2018, the rebranded Rage in My Eyes sit in a melting pot of metal veneer for their latest EP Spiral. Incorporating an intricate mix of power, progressive, folk, and thrash elements to their style, listeners will be captivated by the soaring instrumentation passages, stellar multi-octave vocals, appropriate harmony accents, and dynamic energy put forth in these five tracks. The first single “And Then Came the Storm” combines Symphony X intricacies against Vision Divine finesse, while “Spark of Hope” adds South American Milonga folk elements to display a cultural aspect that adds drama to the power ballad format. Even the modern crunchy/groove parts to an otherwise progressive moving closer “Spiral Seasons” make sense, providing balance for the potent powerhouse pipes of vocalist Jonathas Pozo. High quality stuff here that deserves more attention. – Matt Coe (Rage in My Eyes on Facebook) 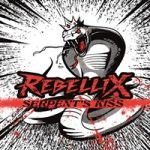 Rebellix – Serpent’s Kiss (Inverse Records)
Establishing a sound that is serious as a heart attack while also injecting fun into the mix, Finnish quartet Rebellix has released a demo, single, and Final Decay EP prior to issuing their latest record Serpent’s Kiss. Expect four more raucous tracks that travel around modern melodic metal, adding the feel of thrash, glam, and punk when called for between the musical hooks, gang-like choruses, and solid transitions/ interplay. Be it heads down thrash punctuated by tasty twin guitar harmonies during “Play the Game”, the militant/together as one atmosphere penetrating the title track, or the wide array of features from progressive drumming to piano parts on the seven-minute plus “Hail to the Sky” closer, Rebellix knows how to showcase as many facets to their sound as possible in a short format. Ideal for those who like a mix of Bay Area thrash with some glam/melodic hard rock and punk energy swirling in the wind. – Matt Coe (Rebellix on Facebook) 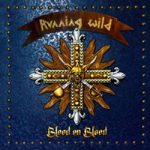 Running Wild – Blood on Blood (Steamhammer/SPV)
Synonymous with power/speed metal, German veterans Running Wild churn along as steady purveyors of classic, cultural riffs and potent choruses ready for unison audience support on their seventeenth studio record Blood on Blood. Between the harmony-oriented guitars and gritty Rolf Kasparek vocals, there are numerous highlight measures for “Wings of Fire”, the Thin Lizzy-esque “Crossing the Blades” plus atmospheric epic ten-minute plus closer “The Iron Times (1618-1648)”. The only questionable move is the use of programmed drums when the human element carries more authenticity to these tracks. You know what you’ll get with Running Wild, that steady expectation will reward most and that’s what matters in the end. – Matt Coe (Running Wild on Facebook) 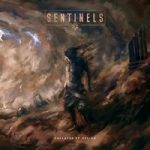 Sentinels – Collapse by Design (Sharptone Records)
There’s something exhilerating about metalcore’s more recent movement away from the radio-friendly and back into ferocity.  Sentinels are set to pummel the listener with more chunky, technical riffing (a great mix of intriguing yet blistering stuff) instead of going into hammy melodrama.  They still provide some more atmospheric moments, but when they are placed in between oppressive and caustic riffing such as on “Atlas,” it makes for a very tasteful and slightly eerie feeling.  There’s a more genuine barbaric and towering feel to the riffs, and it does exactly what it means to. – Katarina McGinn (Sentinels on Facebook)