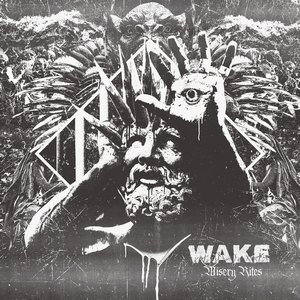 Slowly rising their way up the grind ranks over the past decade, Wake made a splash with their debut album, Sowing the Seeds for a Worthless Tomorrow, back in 2016. Returning now in 2018 and attempting to up the ante with a concept based in depression, addiction, and isolation (this obviously isn’t going to be a cheery affair), Misery Rites should give them another push up the ladder.

Modern grind in that there’s less emphasis on blasting and chaos for the sheer sake of it, Misery Rites is quite methodical in its overall execution. Blending elements like death, sludge, and traces of black metal into the formula, Wake’s particular grind is sandblasted in grim atmosphere. Dark and brooding riffs find equal footing when the band slows down (a la the opening and closing pair of “Exhumation” and “Burial Ground”), but even in the more frenetic tracks like “Bitter Winter,” there’s a much more sinister side to the sound than most ‘pick-up and blast’ type bands. Not that they can’t demolish their surroundings with the best of them, as rippers such as “Rumination” and the title track quickly remind the listener of such. It’s thoroughly abrasive, and when they discreetly employ some melodies in the formula like they do in “Rot,” it’s a sound that’s ripe for success.

Despite the often crazed and frantic nature of the beast (‘tis grind after all), the atmosphere that surrounds Misery Rites will more than likely bring you back to the album for repeated listens. Wake brings along all of the chaos of grind, but has no trouble in making progressive steps that ensure that it’s more than just a surface level type of appeal. 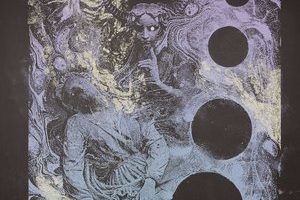