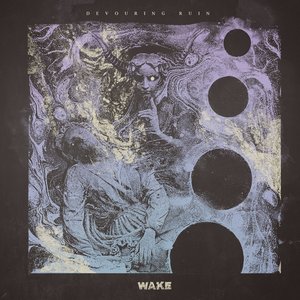 Wake’s new LP Devouring Ruin is straight-up filthy. The band blurs the the lines of genre pigeonholing by taking bits from grind, death metal, to blackgaze and arranges them in unpredictable ways.

“Dissolve and Release” sets the stage for Wake’s relentless onslaught, hailing “Kana Tevoro” as the opening salvo. Soon comes “This Abyssal Plain” with its’ berserker barrage of blast beats. Indeed, the songs avoid the monotony that most metal records fall into by injecting maliciously cerebral riff and tempo changes and well-placed interludes that don’t distract from the overall impact of the record. “Torchbearer”, the longest and my favourite, juxtaposed face-melting riff fest with pensive doom then back to race-to-the-finish free-for-all guitar mayhem.

“In the Lair of the Rat Kings”, what with its technical death metal reminiscent of luminaries such as Artificial Brain is the crowning glory of this damn fine record, showcasing Wake’s Dr. Frankenstein-esque ability for creating auditory abominations.

I wouldn’t be remiss to say that Devouring Ruin is among the cream of the fetid crop of metal records in a year where cancellations abound because of the dreaded coronavirus. Buy their records and merch, support excellent music in these dark times. The road out of hell is long and hard. 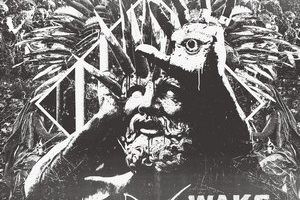