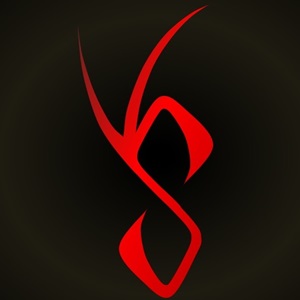 Hitting our radar screen last year when co-editor Kyle McGinn reviewed their first show opening for Sister Sin at the Loft (upper club subset of the Chance) in Poughkeepsie, NY, Vision Serpent have spent subsequent time establishing more of a live presence including opening for Children of Bodom and Havok while working on their second EP. The Black gives the listener four slices into the quintet’s style – which appears to be a mishmash of modern groove metal with classic, thrash, and death aspects depending on the particular needs or direction the arrangement flows.

The guitars and general tempos possess a lot of that Southern-oriented stomp and aggression that made Pantera the Cowboys from Hell superstars in the 90’s, along with a bit of Lamb of God – although there are numerous melodic lines to latch upon. The clean introduction to “By the Grace of God” for instance has a serene guitar reminiscent of early Iron Maiden while the drums build upon that refrain, the instrumental sections giving us some killer Judas Priest meets Helloween kick antics and flexibility. Closer “Laughing Yourself into a Dark Place” throws a lot of thrash riffing and chugging into the mix, the transitions sure to elicit chants and shouts from Megadeth followers (or Machine Head as the ringing guitar trills pop in and out). The diversity in such a younger band (most of Vision Serpent still in their late teens to early twenties) is to be commended, as these gentlemen have solid skills in the performance and creative end, even as the arrangements swing to the six-minute average side.

If there is a spot that needs to be polished up or refined a little bit, it’s in the multi-pronged vocal outlook from James Bennett. Check out the first song “Blood Trip” – switching up between Glenn Danzig-like clean vocals and more Randy Blythe-oriented screams and growls from verses to chorus, the latter convinces me more than the former, as his delivery isn’t as convincing or strong enough when stacked against say Speed Strid or Chuck Billy in that department. Should they choose to keep those switch-ups, investing in a vocal coach could pay dividends as James’ extreme edge warrants his status in the band as the follow up “It’s Only Getting Worse” shows (John Tardy would be proud of some of the low action here).

There’s plenty of time to refine, improve, and strengthen the cross-pollination groove metal foundation Vision Serpent execute. The Black gives hope to the Dutchess Country metal scene, one to keep an eye on for sure.