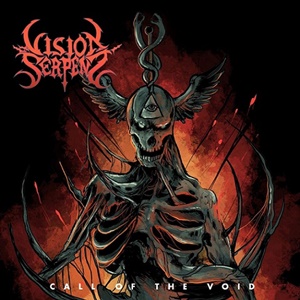 A staple of the Dutchess County, NY metal scene, Vision Serpent have steadily increased their profile and following, gaining many opening slot duties for killer bands like Children of Bodom, Dark Tranquillity, and Flotsam and Jetsam among others. Issuing their debut EP The Black in 2017, they are ready to step things up with their first full-length in Call of the Void. Given more time, seasoning, and natural maturation, it’s evident from the first notes to the final song that this quintet prove their capability and vitality in crossing groove thrash/death parameters with melodic touches and potency track to track.

The slamming riffs from PJ Harte and Sean Wood and steady double kick/groove pulsation combinations out of drummer Chris Passarella make “Downfall of Civilization” an early favorite, as vocalist James Bennett roars with the right possession of Randy Blythe against a host of thrash/death influences. Versatility is the name of the game for Vision Serpent, as they can conjure up some Crowbar-southern swagger against sweeping Machine Head monster-like parts and squeals during “The Abyss”, then pick up the pace into thrash concussion protocol for “Sacrifice”. You’ll even get some bluesy, old school flavor to specific passages from time to time, where these gentlemen cut their teeth on Black Sabbath, Iron Maiden, or Judas Priest but adding in the modern-like aggression and texture (Exmortus/Revocation) to mold into something more of their own, as “Meant to Fall” and the tremolo-nuanced stair step riff attack “Return to the Void” exemplify. Normally a younger band putting out an eleven-song, 64-minute plus outing would send shivers up this scribe’s spine – believing that too many ideas displayed are not fully developed. Fortunately Vision Serpent know how to balance direct attack with groove-oriented measures that they build out with grace, tact, and a bit of sophistication – the 7:46 title track for instance brimming with a killer slow-paced instrumental opening, before winding into solid, Judas Priest/Megadeth-like mechanics, a musical rollercoaster that should develop incessant headbanging including a solid guest lead from Joey Concepcion.

Vision Serpent aren’t afraid to mix things up, be heavy, and try their best to stir their musical influences into something memorable. Call of the Void has that modern US thrash/death appeal, with just enough melody and groove to move even the most hardened of metal followers. 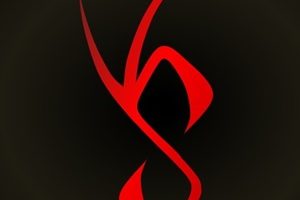