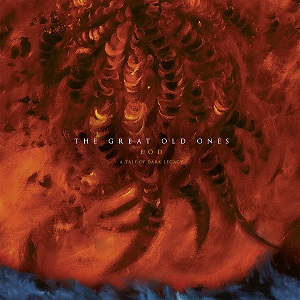 It was only a matter of time before a larger metal independent like Season of Mist snapped up The Great Old Ones after the release of their 2014 mammoth Tekeli-li. Sure, the band is French and black metal, so there’s your necessary selling-point combination, but, TGOO are more than the sum of their parts and locale. Tekeli-li was, for lack of a better term, simply monstrous and overwhelming at times, with the Frenchman going for broke with mountainous riffing and climatic bursts of BM glory. Therefore, it only made sense for the band to do the same on their new album, EOD: A Tale of Dark Legacy.

With H.P. Lovecraft serving as TGOO’s primary lyrical inspiration, EOD (no, that doesn’t stand for “end of day”) winds and builds, oftentimes at the mercy of the band’s uncanny riff scope. Granted, TGOO doesn’t allow their riffs to fall off a ledge ala Deathspell Omega, but, there’s a certain odd twist to them, prompting cuts like “The Shadow Over Innsmouth” and the funeral dirge crawl of “The Ritual” to take on an otherworldly feel.

The necessary tipping point comes via “In Screams and Flames,” a veritable volcano of ravaging black metal guitar motifs and contagious blasting by way of drummer Léo Isnard, who is quite the formidable anchor. It all gradually dies down into the album’s closing jaunt, the acoustic “My Love for the Stars (Cthulu Fhtagn).”

Obviously a band who fits well within Season of Mist’s varied and adventurous portfolio, The Great Old Ones have assembled a body of work that further asserts themselves as black metal boundary pushers. Revel in this chaos. 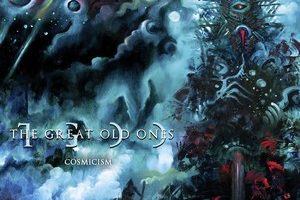