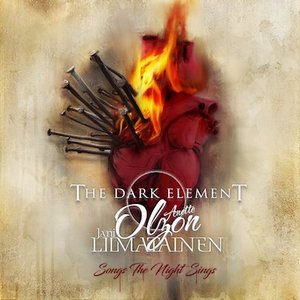 Featuring the talents of both Jani Liimatainen and Anette Olzon, it was no surprise when in 2017, The Dark Element’s debut full-length landed with explosive force. Modern metal that played to the strengths of both artists, it also had an undeniable number of hooks while attempting to eschew some of the more traditional hang-ups that come with this particular style of music. Songs the Night Sings provides more of that same energy for those folks who were hankering for another fix.

Given that the band now has more familiarity with writing (as well as expanding the line-up), Songs the Night Sings hits that same sweet spot and essentially tries to up the ante to 11. The ideas that landed the strongest last time around are here again, and are noticeably tweaked up a few notches. The electro-metal bounciness of “Pills on the Pillow” stands out as one of the album’s strongest, with an almost non-stop barrage of hooks, coming from the driving synths, Olzon’s voice, and rollicking guitar riffs. Other uptempo tracks like “Not Your Monster,” “Get Out of My Head,” and “When It All Comes Down” capture this same feeling, occasionally dipping into that slightly darker vibe that “Dead to Me” masterfully displayed last time around. To that end, there’s a bit of darkness to the slower tracks that helps distinguish the band from their peers too, such as “If I Had a Heart” and “To Whatever End,” which thankfully more clichéd ballad-y territory. Even the gentle closer, “I Have to Go,” swerves away from this, with a low-key, jazz club vibe that effectively chills without going into a sappy direction.

The Dark Element works because they have a solid grasp on how the symphonic/modern metal genre works, and have been willing to carve out a more unique niche for themselves. Having a strong amount of talent in Liimatainen and Olzon certainly doesn’t hurt either, as they both provide a number of highlights throughout the release. Well worth it for those who want something catchy, modern, and willing to go a bit deeper to deliver enjoyable hooks. 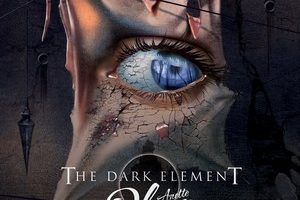