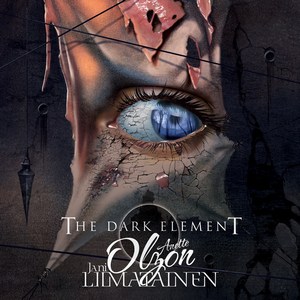 Merging together the forces of guitarist Jani Liimatainen (Cain’s Offering/ex-Sonata Arctica) and ex-Nightwish vocalist Anette Olzon, it’s clear from the start that there is going to be some hype around The Dark Element. But as two veterans in the music business, they rise to the occasion through creating a product that is genuinely exciting and passionate. The Dark Element casts a wide net that’s sure to draw in fans from both the rock and metal spectrum.

There’s a decidedly modern side to The Dark Element, but it’s infused with symphonic/power metal energy. The go-to guy for this sort of thing, Jacob Hansen, mixed the album and adds some extra punchiness with the electronic side of things and their contrast to the heavier riffing. In that regard, fans of bands like Amaranthe will find much to take in with more driving tracks like the standout “Dead to Me” or “My Sweet Mystery.” Olzon puts on one of her strongest performances to date, be it with more upbeat and catchy tracks like “Here’s to You” or more somber material like “Heaven of Your Heart,” her vocals are wrapped with energy and enthusiasm. On a side note, the contrast of some rather dark lyrics with the more upbeat energy is an interesting touch – one gets the impression that there’s definitely some backstory to be had with some of these songs. Jani Liimatainen’s almost unending string of melodic hooks and leads drive each track to the next level, and it’s easy to find something to latch onto musically as it is vocally. Some highlights include the synth/guitar pairing in “Halo,” the opening gallop of “The Ghost and the Reaper,” and the gentle melodies of “Someone You Used to Know.” Things never get too extravagant either, with tight and focused songwriting that brings the point home without hitting you over the head with it repeatedly.

Packed to the brim with memorable riffs and hook-filled choruses, The Dark Element stands up due to its exceptional songwriting and energy. Fans of either Limmatainen or Olzon will walk away impressed by both performances, and no doubt cross their fingers that this isn’t a one-time thing. 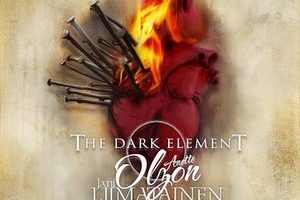