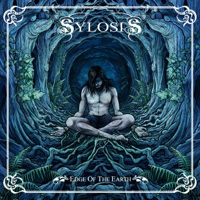 The UK thrash scene has been just as active in this second resurrection as the American scene this go-around. Taking cues from all sources past and present, no one can deny the impact of Sabbat, Onslaught, and current thrashers Evile in terms of getting their music across to the masses. Another band throwing their creative embers into the fire would be Sylosis, who, with the release of their second album Edge of the Earth, appear to have weathered a vocalist shift as guitarist Josh Middleton takes over double duty following Jamie Graham’s departure in 2010.

The foundation of Sylosis’ style remains Bay Area-influenced thrash, but they aren’t afraid to add the textures of progressive, death and the earliest of metal core in their music and vocals. Be it speed picking guitar lines into quarter time drum motions throughout “Kingdom of Solitude” or the classic Hammett-like harmonics in opener “Procession,” Sylosis possess no fear in their precise metal impact. And when the band do incorporate metal core aspects either in Middleton’s low growl/high manic screams or the dreaded ‘groove’ factor (the bridge section in “Sands of Time” a blatant example) – it’s not in the obvious breakdown mode.

Middleton’s lead style deals out numerous classical arpeggio refrains and isn’t relegated to just the standard solo sections – the two part “Empyreal” featuring a cascading tapping/ finger display that brings home the darker arrangement along with a Machine Head-like stomp. My only drawback to this record is the sprawling 72 minute length. Sure you get your money’s worth with 14 songs, but I’d rather leave a fan wanting more with 50 minutes of stellar songs than risk tedious song-shifting due to the sheer volume of riffs and energy taking place.

Edge of the Earth should give Sylosis the opportunity to climb the ranks of opening act to middle slots in North America and probably give them plumb festival slots during the European summer circuit. They have a well-honed formula and I think could eclipse Evile’s popularity in terms of the new UK movement. 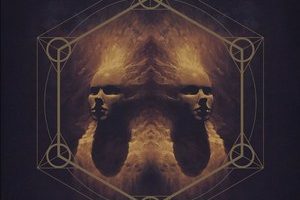 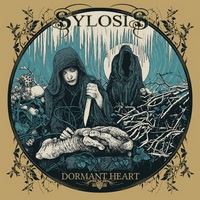