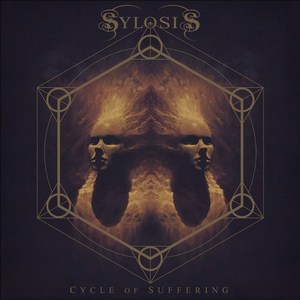 Hard to believe it’s already been five years since Sylosis’ last release, Dormant Heart. In the meantime, and probably somewhat responsible for the lack of material, guitarist/vocalist Josh Middleton did join Architects after all. But true to his word, he’s back to releasing some new content for Sylosis and for those who have been hankering for something fresh, Cycle of Suffering will be found worthy of the wait.

The modern metal meets thrash approach of the band has never been more approachable, but that’s not to say that Middleton and company have gone down a tamer route. The band’s breakneck thrash attacks are just as monstrous, focusing on big riffs (see “Calcified” for some excellent Gojira-esque stompage) that are all but mandatory ‘bangers. Rich solos are also the norm, which cater to some flashiness without being indulgent. But what seems to stand out more is the sheer catchiness of the material. As noted, there’s plenty of crunch and heaviness to stand behind but the overall package, with some appropriate and subtle synth encouragement (“Idle Hands”), offers some more depth and atmosphere. There’s hooks a-plenty, and for all of the energetic thrash, there’s just as many chugs and grooves that provide some balance as well as some change of pace. Nowhere is this more apparent than the moody “Abandon,” which draws out some added emotions in its slower pacing and serves as a strong finale. But more moderate examples like “Invidia” and “Disintegrate” prove the band is moving forward with a modern sense of melody that excellently accompanies their solid sense of thrash riffing.

Sylosis isn’t afraid of changing up the formula a little bit on Cycle of Suffering, but they do it in keeping with a strong sense of self. It’s modern, it’s thrashy, and above all else, it’s sure to give you a sore neck.