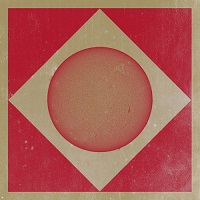 Expectation is a fickle thing. Add in more experimentation between two groups than most bands could hope to cover in half a dozen lifetimes and it’s easier to understand why a proposition like Terrestrials is such a strange one. Ulver alone has gone through more stylistic revisions during the last twenty years than half the metal scene that spawned them and SUNN O))) is…well, something else entirely. So the idea of mixing the two for what is ideally a long-form indulgence in experimentation and the weird is mouthwatering to some and terrifying to most and to this end Terrestrials is a fantastic success. It drones, it reaches for peaks and it lumbers through abyssal caverns in every way that you would expect and several that you wouldn’t.

There are only two real knocks I can throw against the album as a whole and in the grand scheme of things both are particularly minor. One is that at only 35 minutes the album seems painfully short. Granted, 35 isn’t far removed from the one LP golden standard of 40ish, but all the same – this is the kind of place where indulgence could have been warranted. The argument can be made, however, that the brevity is part of the appeal, as it constantly leaves a sense of longing when these slow-burning pieces reach their particular conclusions. The second knock is that Ulver frontman and vocalist extraordinaire Krystoffer Rygg only makes one appearance, on the last work “Eternal Return.”

Despite the lack of vocal presence, however, there are still stories told across Terrestrials and it’s difficult to not be completely sucked into them while they ebb and flow across their many motifs and layers. Brooding, melancholic, slivers of the abyssal dark haunt throughout and in ways that mentions of individual pieces could not hope to do justice. The more listens I incur with Terrestrials it’s hard to define exactly where one band begins and the other ends in the music itself, as while it’s certainly the most digestible piece I’ve encountered from SUNN O))) (that’s not a knock against them) nothing here is outside the realm of what Ulver hasn’t already touched on in their long career.

That’s perhaps the deepest beauty in this collaboration, then, is that there’s no sectioning it apart to determine which parts belong to which band and who, in the end, is most responsible for its success. Terrestrials is a rare work of legitimate collaboration, a beautiful piece of the experimental dark that, even if it’s not your usual cup of tea, you should indulge at least twice for the experience.