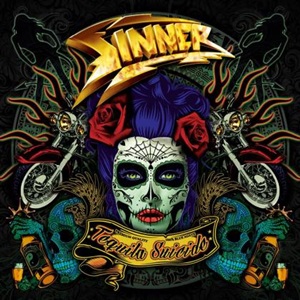 Mat Sinner keeps himself busy as wise musicians need to making a living in today’s ever-evolving industry. Beyond Primal Fear, Voodoo Circle, and his Rock Meets Classic activities, he’s returned to his namesake act when time and inspiration allows. Since 1982, Sinner has delivered a bevy of traditional hard rock albums that occasionally veered into heavier textures (especially during their time on Nuclear Blast for 1998’s The Nature of Evil and 2000’s The End of Sanctuary). After revisiting old 80’s favorites in the back catalog plus a couple of newbies for 2013’s Touch of Sin 2 update record, the 17th studio platter Tequila Suicide won’t reinvent the formula – instead sticking to tried and true focused hooks and songwriting that straddle bluesy meets twin harmonic passages.

Running the gamut from a party-oriented nostalgia anthem such as opener “Go Down Fighting” to the conventional Thin Lizzy-ish cultural strains for “Road to Hell” and “Battle Hill”, you can count on a dynamic record that provides plenty of musical sequences and choruses for listeners to latch onto quickly. Drummer Francesco Jovino fuels his solid heavy chops with spirited double bass and fill flurries, but can also lay back into old school hard rock groove a la Ian Paice or Joey Kramer for the semi-ballad “Sinner Blues”. Twin axe action appears at varying degrees of the record – not always going for the speediest, fanciest licks and tricks, instead keeping things more mid-paced in that Thin Lizzy/ Iron Maiden pocket, as fellow Primal Fear guitarist Tom Naumann and Alex Scholpp convey class, grace, and versatile shred moments for highlights “Why” and the highway ready title track. Mat’s bass playing and gritty voice give the material that extra dirt to keep things a little more down to earth – attune to his lower and middle registers for the restrained closer “Dying on a Broken Heart” that features some bluesy electric and acoustic guitar interplay.

In a tidy ten song effort that subscribes to an under 40-minute playback, Tequila Suicide keeps the German group top of mind for the long-timers, and may turn a head or two during summer European festival action when airing this material on stage. 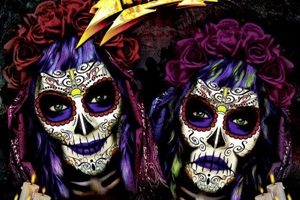 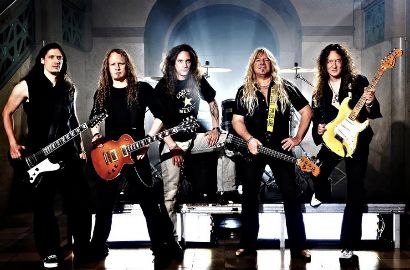 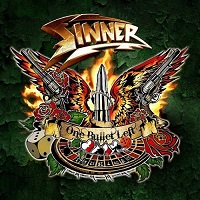