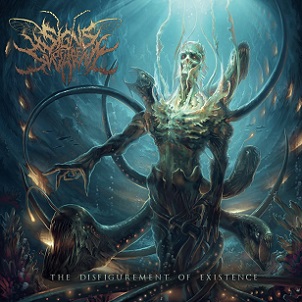 Another contestant in the ‘how brutal can you go’ game, Signs of the Swarm play deathcore the way that you tend to imagine it being played. The emphasis is completely tossed towards thick guitars and even thicker vocals. An example of how even over-the-top can have its limitations, The Disfigurement of Existence does its best to absolutely bludgeon the listener with extremity without end. But given the length and one-dimensionality, it all too quickly becomes an exercise in tedium.

Like many bands in the deathcore genre, Signs of the Swarm have their hearts in the right place when it comes to brutality, but once you remove it from the act, there’s nothing there to pick up the pieces. The album takes the slam approach to things, opting for completely in-your-face vocals, to the point where they get in the way of the guitar riffing. It’s not a huge problem though, as the band is mostly peddling in the standard breakdown and accelerate/blast patterns. Occasionally, the band will throw the listener a bone with an interesting melody in the background (see “Misery from Demoralization”), some darkened atmosphere (“Cesspool of Ignorance”), or a catchy groove (“Embedded in Fear”), but the majority of the album falls into predictable routines.

There’s one shining beacon though, and that’s the instrumental “Guided into Serenity.” It possesses more melody than the rest of the entire album, with some beautiful riffing with a sometimes post-black slant, under the backdrop of blastbeats. It’s inspired to the point where one has to wonder why the band didn’t try this same level of creativity with the remainder of the tracks. Instead, the listener is basically beaten over the head with 9 songs that feel like slight variations on the same theme. The final nail in the coffin is the overall length. At almost 47-minutes, it’s a true test of one’s patience. Brutal death metal has a cap of around 30 minutes to get-in and get-out. Even with “Guided into Serenity” to break the album in half, this is exhaustingly long.

While one can hear the sound of deathcore fans buzzing about how “sick” the vocal performance is, The Disfigurement of Existence falls decidedly short when viewed as anything longer than one 2-minute track. Ultimately, it disappoints further when they have a clear grasp of how to add at least a little variety into each track and instead choose to operate with a very limited deathcore toolkit. 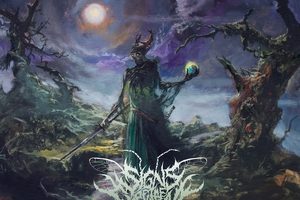