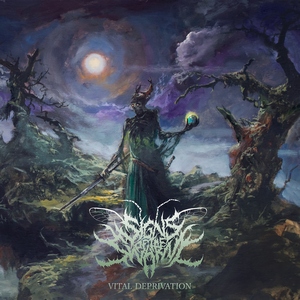 Admittedly, Sign of the Swarm’s last release, 2017’s The Disfigurement of Existence, felt a bit messy. 45-minutes of breakdown and ‘whoa that was brutal’ vocals just didn’t have enough variety behind them to make it a worthwhile entry. Which is why their new album, Vital Deprivation, was surprising in its marked improvement from 2017. Sometimes, a few tweaks is all that it takes to turn something around.

One notable difference this time is the song length and overall runtime of Vital Deprivation. A sleek 36-minutes and shorter tracks really does provide some focus and what works for the band. They’ve effectively trimmed much of the fat, while also providing an experience with more depth. The songs have more of a ‘song’ feel than just a smattering of crazy speed, monster breakdowns, and ultra-brutal vocals. There’s a sense of atmosphere, and even some melodies, that have been injected into their sound. A sense of restraint in a track like “The Blood,” where a slower-build opening raises the stakes at a noticeable rate with some strong grooves and mid-tempo riffing before unloading all of the band’s extremity, is good indicator of the band’s growth. Melodies are present in the instrumental “Undying Fidelity,” but also with songs like “Malformed Dissonance” and “Crown of Nails” without compromising the brutal core of the band’s material. That said, the same visceral touch still remains – whether it’s a punishing breakdown or the varied yet always extreme vocals. It’s just that this time, there is more impact with the varied landscape behind them.

An impressive leap from their last album, Signs of the Swarm have really pulled it all together for this third release. Vital Deprivation hits hard from beginning to end with a pleasant inclusion of melody and groove to balance the more crazed brutality. Some can still argue that they are playing the style pretty straight, but with such a notable improvement there now sits some promise for where they can go next time around. 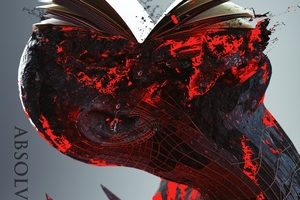 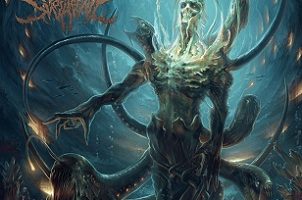