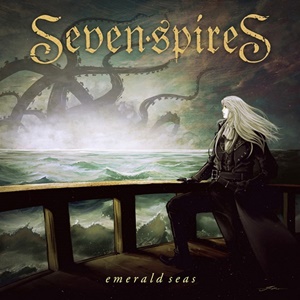 The latest full-length from Boston’s Seven Spires sees the quartet moving up the ranks to Frontiers Music – a prequel conceptual album to 2017’s Solveig. These talented musicians armed with training at their respective instruments and theory for years choose to use all the tools at their disposal to create aural visions and landscapes without boundaries. Because of their affinity for various styles of melo-death, black metal, and even Disney soundtracks beyond their love of symphonic and power metal, these thirteen tracks possess that integral diversity and ability to capture the proper atmosphere and changing dynamics to set the scene of the storyline almost in a cinematic, moving picture landscape.

The lyrical content covers the back story of the demon character from Solveig, currently mortal and pursuing eternal life – with the fountain of youth guarded by an ancient, fearsome creature deep in the ocean. As such, Adrienne as a vocalist channels all three elements of her vocal range from growls and screams to her trained multi-octave melodic voice – switching up when called for or channeling all the elements within the same song depending on the needs and feel necessary to achieve the ideal outcome. A midway effort like “Drowner of Worlds” with choir chants, darker chord progressions and Adrienne’s extreme blackened growls/screams is probably the most evil and brutal Seven Spires track to date – taking on this Dimmu Borgir veneer and stands in contrast to normal, uplifting power metal affairs like “Every Crest” and “Succumb” where you remember the prime Kamelot/ Roy Khan days. Bassist Peter Albert de Renya and drummer Chris Dovas gain adequate times to illustrate their trained, fluid expertise at their instruments to bring more progression and propulsion to certain instrumental sections – while guitarist Jack Kosto continues to amaze for his balance between melodic harmony enhancement and fleet of finger shred arpeggios/tapping to delight the listeners. Pagan/folk textures also trickle in and out through the calmer “Silvery Moon” plus the opening instrumental “Igne Defendit”. The pacing of the album, the textures, the diversity in terms of songwriting, styles, the wider array of orchestration to supplement the natural abilities of the four-piece – it’s evident that Emerald Seas has taken the Seven Spires style to another level of precision, evolving into horizons now being fulfilled.

Seven Spires may have originally gone down more of a symphonic power metal platform in their early years, however Emerald Seas showcases a band thoughtful and resourceful to use whatever influences and ideas at their disposal to make their visions come to life. It’s another amazing journey to behold, satisfying their increasing following while hopefully something to treasure for decades ahead. 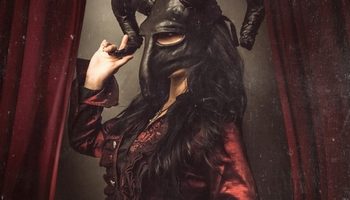