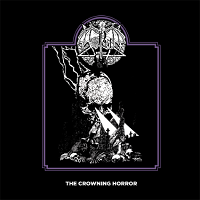 Scoffing at any notion of progression (see Darkthrone too), Sweden’s Pest are one of those hardened black metal bands who seemingly can’t get past the first few Venom and Bathory albums for inspiration. Bathory is the obvious influence on their fourth album, The Crowning Horror, a body of work that is neither too necro or too mid-90’s, so falling somewhere between the two is commendable, if not halfway remarkable.

The slinky, mid-range production job suggests Pest don’t want to sound like they’re playing in a dungeon or a forest, so it opens things up for the occasional melodic guitar line, which are a welcome event amidst the rag-tag compositions at hand. Surging, but not speedy cuts like “A Face Obscured By Death” and “Devil’s Mark” appear to be more rooted in the confines of classic heavy metal than the already-turned-tide of Bathory’s time in the sun. Yet, the clanky tempo charge of “Holocaust” is a hell raiser; so is “Thirteen Chimes,” which is a Mercyful Fate-like joyride, just without the blazing falsettos. 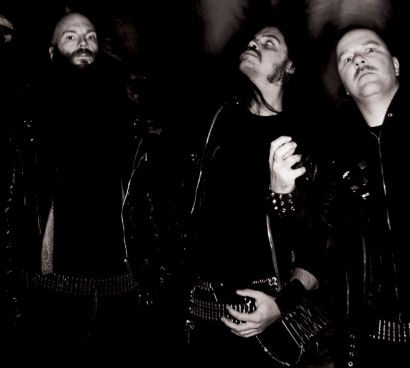