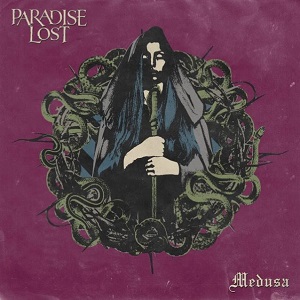 Patterned, or at least inspired by their labyrinthine 1992 Shades of God foray, Medusa is virtually all enveloping darkness and deep brushes with death. Vocalist Nick Holmes, capable of tender Goth bows all the way to grizzly roars, is perhaps the main player here, practically shaping these songs in whatever way he sees fit, whether with harsh blood-curdles (“Fearless Sky”) to ominous calls through the moody metal forest (“The Longest Winter”). Either way, Holmes’s career-long development as a vocalist should not be in dispute: He remains untouched in his ability to change styles in a single song.

Guitarist and main songwriter Greg Mackintosh doles out one body blow of a riff after another, striking slow and epic on “From the Gallows” (you can really spot one of his guitar melodies from a distance) to the up-tempo throttle of “Blood and Chaos,” the album’s highlight. And he does it within the framework of songs never feel boxed in by formula, an obvious shift from how the band used to operate circa Icon and Draconian Times.