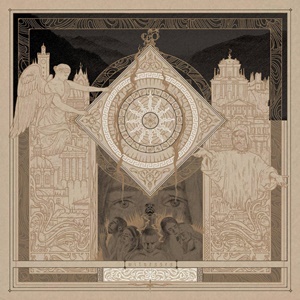 Diverse coverage has been a staple of this site since its inception – tastes for the scribes running across numerous genres underground and above. Hailing from Italy, (Echo) perform in an atmospheric doom/death platform, entering their fifteenth year of existence for their fourth studio album Witnesses. Previously releasing discography for Russian label BadMoodMan Music, the shift to Black Lion Records could elevate status as this is this writer’s initial exposure to the quartet. It seems like after a few spins of these eight tracks, a deeper dive will be necessary, as these gentlemen deliver melancholic salvos of sadness, heaviness, and moodiness that draws parallels to many other European artists of the 1990’s who melded these styles together.

Contrasts abound in the sonic framework of (Echo)’s approach – combining a sense of lilting calmness before a sudden burst of caustic growls, screams, or deadly doom/death riffs catapult the next musical sequence. The vocals can be soothing one verse, or tenacious in dark despair – right out of the gate within “Laudanum” the measured words against enthusiastic, tasty lead breaks or titanic rhythms embrace a spirit of older Katatonia, My Dying Bride, or classic Paradise Lost. Simplicity in those focused, minimalistic moments blossom into treasured thrusts of electricity – where drums, bass, and rhythm guitars become one, allowing Fabio Urietti ample flexibility in his morose vocal approach that makes goosebumps appear on command (listen to his semi-fried delivery of ‘I have no choice/I disappear’ for highlight “Fate Takes Its Course”). Beyond the session drums from Francesco Bassi, keyboardist Don Zaros and ex-Draconian singer Heike Langhans also provide special guest work on specific tracks – adding that extra colorful texture to thoughtful atmospheric/progressive doom songwriting where “My Covenant” becomes a second half spotlight cut. Many listeners may appreciate the emptier spaces with headphone intensity – where softer piano strokes or an Old Western feel in sparse guitar motions takes closer “Saturated” into this hypnotic, trance-like state through quieter, clean vocals plus wondrous harmonization before the distortion/death growls appear in the last third of the almost seven minute plus arrangement.

Doom/death followers will need (Echo) and Witnesses in their collections – run, don’t walk to seek out this treasure trove of glorious gloom. 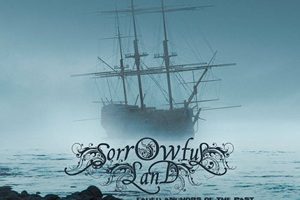