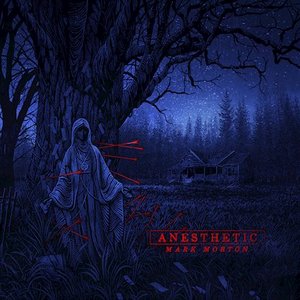 Guitarist Mark Morton, revered for his work within Lamb of God, has finally released a solo effort in Anesthetic during the band’s recent downtime. In true solo release fashion, Mark Morton has assembled a plethora of his musician friends and idols (the list itself could be as long as this review, but suffice it to say, there’s no shortage of big names and talent) and has crafted an eclectic album. Some songs may surprise you, and others, well – don’t go too far from Lamb of God territory.

About half of the songs on Anesthetic don’t feel too removed from Lamb of God material. Hell, the closer “Truth is Dead” features Randy Blythe (and Alissa White-Gluz) on vocals. Other tracks like “Cross Off,” “The Never,” and “Sworn Apart” fit the bill here too, with groovy, modern thrashy approaches with the key differential component is that of the vocalist at hand. Nothing against any of these tracks, which work to varying degrees but there’s more than a passing resemblance to Morton’s main gig. It’s the tracks that really shift gears that deserve a bit more spotlight, such as the emotive and jazzy “Reveal,” epic radio rock vibes of “Save Defiance,” bluesy swagger of “Axis,” and attitude-fueled “Back from the Dead.” While it makes for some really hard left-turns between tracks in the album as the styles often vary, one can’t help but be impressed by the different styles that Morton finds favor with.

One’s mileage will definitely vary with Anesthetic, due to the drastic shifts in tone and one’s own preferences regarding the wide range of vocalists Morton brought in. He still leans quite a bit in the direction of his strongest suit with no shortage of grooves, but nonetheless it’s enjoyable to hear him bring in some of his influences that wouldn’t necessarily fit on a Lamb of God release. 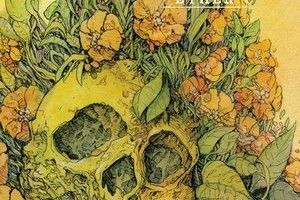