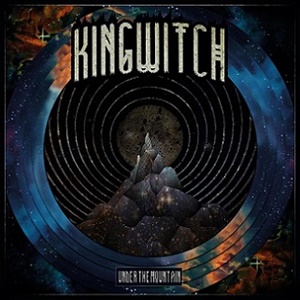 Within Edinburgh, Scotland resides King Witch, a four-piece outfit that since 2015 deliver their take on doom meets heavy metal. Releasing a debut EP for Shoulders of Giants in the fall of the same year, Listenable Records scoops up the band and we finally have their first full-length. Based on this scribe’s numerous playbacks, it’s easy to hear why the ‘bewitching heavy metal doom’ (tag line credit to label promotion) reigns supreme for these nine cuts – as you can expect sledgehammer riffs, pounding tempos, and this overall crushing aura that straddles multiple classic or current outlooks depending on the nature of the arrangement at hand.

The methods Jamie Gilchrist employs to get sustained feedback, echo, and vibrations beyond his evil, thick guitar tone ensures “Solitary” and “Hunger” get hairs to stand on end, using the templates of Black Sabbath’s Tony Iommi and High on Fire/Mastodon to impress. As a rhythm section bassist Joe Turner and drummer Lyle Brown compliment and support without overextending themselves – when it comes to this style, picking spots for flurries of emphasis and then settling back into a firm groove, giving “Carnal Sacrifice” that energy burst to be an early standout, while “Ancients” serves up that bluesy ballad contrast for a laid-back, emotionally driven performance more in tune to Thin Lizzy or older Judas Priest. Where King Witch put themselves in a buzz bin worthy, head turning outfit comes from the majestic, mountain top vocals of Laura Donnelly – even when drenched in a little reverb for the Candlemass-esque opener “Beneath the Waves”. She rears back and belts out these words in metal glory – the type of Janis Joplin-type melodies that mesmerize the legions of doom and heavy metal followers, sure to be on many radar screens for accolades as her performance makes Under the Mountain perfect for return engagements even as the final heavy swing sequence of “Black Dog Blues” comes to a sudden conclusion.

We could use more acts like King Witch stirring that doom/classic heavy metal pot – as they clearly possess all the requisite tools and songwriting ability to gain a following like Grand Magus on slightly more of classic 70’s/80’s slant. Revel in the despair, as you’ll come out better for it in the end. 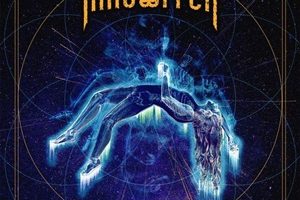