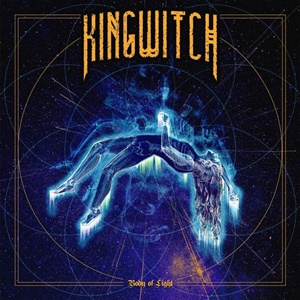 The birthland of doom metal, the UK has a rich heritage of quality bands over many decades – beyond forefathers Black Sabbath into Pagan Altar, My Dying Bride and Sleep. Aiming to keep the epic side of the genre alive and put some classic, traditional overtones into the mix we have Scottish quartet King Witch for their second full-length Body of Light. Already impressing this writer for 2018’s Under the Mountain for its mammoth riffs and massive vocal delivery from Laura Donnelly, you always hope that lightning can be delivered twice as its never easy to meet (or exceed) expectations when you’ve had such a sterling start. And even at its longer, hour-long playback, these nine tracks prove King Witch deserve every accolade given as seasoned musicians adding fire to the genre.

Smartly breaking up the typical longer tracks that go from the 8:22 “Return to Dust” all the way to the over ten-minute “Solstice I – She Burns” with regular six-minute and under offerings like the more Motörhead-ish barnstormer “Witches Mark” and evil, doom swinging title track. As a group they aren’t afraid to add exotic, feedback-oriented measures or often switch up tempos in low to high gear beyond their conventional heavy as hell doom riffs and punchy grooves. It’s as if the players know that they are capable of being adventurous and inject some serious progressive interplay during the instrumental sections of “Body of Light” and the closing passage of “Solstice I – She Burns” that are jaw dropping in execution and lift energy-levels to infinity. The tone and ingenious switches from guitarist Jamie Gilchrist take everything from Sabbath and Candlemass to Grand Magus and even older Blue Cheer bluesy / psychedelic nature to that next level of breathtaking doom excellence – from his slower, thoughtful measures to wah-wah power soloing during “Of Rock and Stone”, and the calmer, almost Old Western vibe portrayed throughout “Return to Dust” the man anchors the music with grace, passion, and versatility.

And then you have Laura Donnelly – a voice that maybe comes around in heavy metal once every decade. A true belter with soul and metal pipes, she can hold out high notes that send shivers down spines and make every hair follicle stand at full attention – one listen to her work on “Of Rock and Stone” or the closing epic “Beyond the Black Gate” proves she belongs in the class of Janis Joplin, Ann Wilson, or possibly the male compatriot to Messiah Marcolin of Candlemass. Her phrasing, her pacing, slow or fast – because of the performances at hand musically, she can stretch her voice anywhere necessary to wring out that extra special melody that turns heads and keeps listeners returning to the record again and again.

Normally bands two albums into their careers are still finding their footing – King Witch already have arrived in peak mode, and hopefully plan to stay there for a long ride. May they get the right tours and festivals in the coming years to spread their message to a world clamoring for more epic doom with titanic, bluesy heavy metal done almost to perfection. 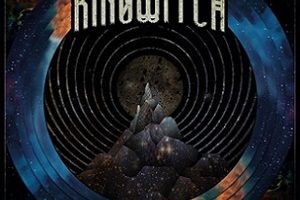