A band whose named isn’t as dropped as much as it should, Norwegian progressive doom crew The 3rd and the Mortal had some serious mid-90’s impact before trailing off into more experimental territory. Translation: They were Anathema, Paradise Lost, and Tiamat, before those bands decided to take a similar plunge. The band’s early works were largely defined by the dark/ethereal give-and-take, where upon female vocalist Kari Rueslåtten became an alluring force, especially on 1994’s Tears Laid in Earth. Rueslåtten split from the band shortly thereafter, embarking on a productive solo career which for the first time is crossing into our territory (only peripherally, mind you) with Time to Tell.

Rueslåtten’s fifth album, Time to Tell is suitably stripped-down and devoid of metal. And in spite of the lack of sonic muscle, there’s ample amount of dark, singer-songwriter leanings, not too far removed from a Scandinavian Tori Amos, if one can fathom such a thing. Certainly the excellent one-two comb of “Hide Underneath Bridges” and the hopeful “Hold On” are worth the price of admission alone, specifically the latter, which has an optimistic, sun-shiny charm that’s hard to resist. “Why So Lonely” is another keeper, re-worked with the aid of long-time backer Tuomas Holopainen (Nightwish), a gent who knows a little bit about female/piano-based music.

Surely the reserved, reflective, spa-treatment vibe of some of these songs might not whet the whistle of the more fervent ‘banger, but it’s ripe action for anyone who finds solace under the wide Goth metal umbrella. Above all else, Time to Tell is yet another one of those worthy “tree-branch” albums that shows just how wide metal’s reach is, even when the protagonist has long left the style behind… 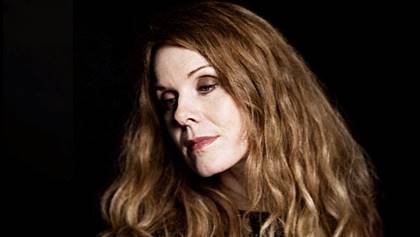