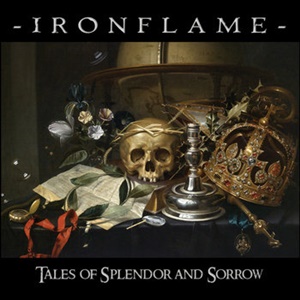 Falling out of favor during much of the 1990’s, thanks to nostalgia and the internet it appears that traditional metal has no chance of waning in popularity. Be it the veteran acts like Iron Maiden, Judas Priest, Saxon and so forth reminding multiple generations of their talent in the studio and on stage, or newer acts putting their collective ideas out to the public, there’s no shortage of riffs, hooks, melodies, and anthems to sink your teeth into. Add Ironflame to that list – a one man show for Andrew D’Cagna, best known for his work in Brimstone Coven and now Icarus Witch as a singer. Active since 2016, Tales of Splendor and Sorrow is the second full-length, delivering ten tracks of old school heavy/power metal cemented on 80’s attitude and ethics, designed for elevating bodies and inducing chants, sing-a-longs, and call to arms action.

Tackling all instrumentation beyond lead guitar support from amazing lead man Jim Dofka, the songwriting and performances transport the listener to those early US/European metal days when acts like Savatage, Helloween, Judas Priest, and Iron Maiden reigned in the hearts of followers everywhere. Andrew has a soulful manner to his potent range, easily ascending to the heavens when necessary for the triumphant choruses of “Vengeance Rising” or settling into a mountain top comfort during the mid-tempo striding march for “Bringer of Fire”. Doubling up harmonies for specific key verse elements, his main riffing duties also vary dependent on the needs of the song at hand – galloping away during “The Contract” and injecting a bit of that older Savatage vibe for “Orpheus”. Sure, there are times where you wish that a human drummer would transform some of this material with a bit more of that natural punch and finesse that programmed drums can’t necessarily achieve – but it doesn’t spoil the enjoyment and excitement these tracks bring. The closing epic “Our Great Defender” is a tribute to the late Ronnie James Dio, featuring allegorical references in the lyrical content and delivered in a similar dynamic manner that the man was blessed to bring to us for all those years. The “Heaven and Hell”-like guitar hook and subsequent tasteful lead harmonies/melodies make this a treasure for all traditional metal supporters.

A strong year for the tried and true heavy releases, add Tales of Splendor and Sorrow to your collection if you want something pure, from the heart, and relevant to keep the ‘flame’ alive. 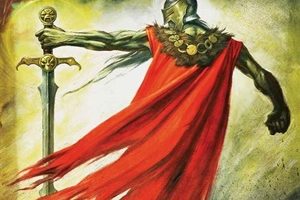