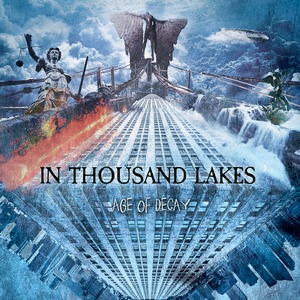 When folks seem to grump about bands that play melodic death metal, it’s often due to the commercialization that followed after the initial successes of bands like At the Gates, Dark Tranquillity, and In Flames. There’s still a reverence to the initial material that spawned the movement to start, and it’s precisely that sound that In Thousand Lakes caters to on their second release, Age of Decay.

Indeed one of the keys to the older melodeath approach might just be that the band’s first album, Lifeless Waters…, was released almost 20 years ago – around the time when the melodeath scene was abuzz. After disbanding for some time, Age of Decay is the band’s first returning full-length, and it captures all the right feelings of melodic death metal intensity and of course, melody. The vocals stick to a gruff bark, but you can rest easy knowing that the band isn’t going to modernize the approach by the inclusion of some clean vocals at any point. Which then leaves the melodic aspects to be carried by the guitar riffs. Here is where In Thousand Lakes shines, with catchy yet heavy melodies offering themselves up as the star of the show on songs like “True North” and “Ethereal.” You can hear the nods to the older bands, but it never comes off as mimicry, rather using it in addition to taking the last two decades in consideration. In other words, some songs like “Walls (Scars)” have some potency in their heaviness – enough to counter with the melodies and provide a dynamic that’s more thrashy in nature.

Paying respect to the past while refining the melodic death metal sound and catapulting it to the present, Age of Decay gets plenty right in its pursuit of a sound that’s both original and familiar. Those not willing to test the more commercial waters that melodeath opened up yet want an album full of interesting leads should consider In Thousand Lakes a solid (returning) contender to the scene. 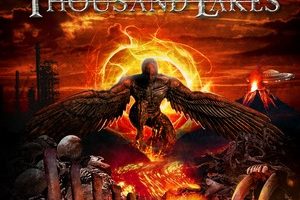