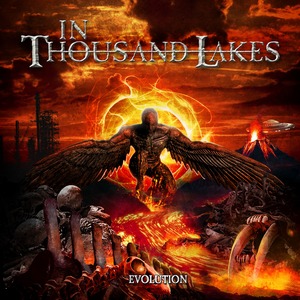 In Thousand Lakes made quite a return with 2017’s Age of Decay, the band’s first full-length in almost 20 years (yes, there was an EP in 2014 too). Catchy melodic death metal that capitalized on the strength of the guitar melodies instead of leaning into more modern, vocally-driven efforts. While the term Evolution could mean changes for the band, this EP sees them (mostly) delivering more of the potent songwriting of Age of Decay.

Evolution contains six new tracks, which range from the more “Finnish” type songs of the Children of Bodom/Kalmah variety in their mid-tempo forms, but they can also bring some more furious speed attacks (At the Gates/early Soilwork) as well. With the bands mentioned, there’s obviously an emphasis on guitarwork – as with their last release, the strength lies in their songwriting and riffs. From the more frenetic feel of “Into the Mirror” to more relaxed “Black History,” the band is never at a loss in the riff department. Flowing melodies creep their way into all parts of In Thousand Lakes’ music and give it that early melodeath feeling, though with a more modern production value. The vocals remain hinged to low growls too, providing some effective contrast between the lighter parts of the music or giving added heft to the heavy parts. That brings us to the final track – a cover of Dokken’s “Breaking the Chains.” It’s a fun cover, and features the album’s only clean vocals in the chorus (from guest Leire Tejada).

All in all, In Thousand Lakes provide an entertaining source of melodic death metal that is firmly ‘deathly.’ It doesn’t veer too far from the band’s former music despite the Evolution title, but that’s okay – they have a grasp on their approach and gives them a more individual niche to follow. 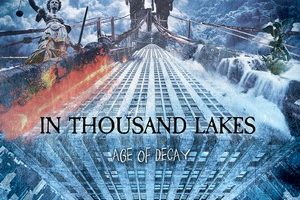