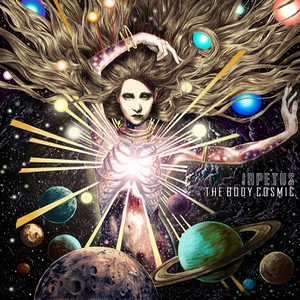 2017’s The Road Home established Iapetus as an act that was capable of doing some pretty impressive stuff in the progressive/melodic death metal realm. Their ability to craft long-form songs that sucked you in entirely was quite an accomplishment, particularly for their first effort. So it only makes sense that their follow-up, The Body Cosmic, would still embody these traits while taking things to the next logical step.

Like its predecessor, The Body Cosmic is a conceptual album that you will definitely get more out of if you take it in as a whole from start to finish. At 70-minutes, it’s a lengthy journey, but as established last time, once Iapetus gets ahold of you the time simply flies by. The album is made up of 4 tracks that go from the 10-18 minute range and a number of shorter cuts that work to add in some atmosphere and ambience. With the whole album itself feeling like one very long track in its execution, the shorter songs really do bring in something extra in terms of setting the tone, while the lengthy cuts do their best to really push the boundaries and cover massive amounts of ground as they switch up between some moments of brute heaviness to acoustic interludes to extended solos to spiraling progressive melodies (it’s all on in an impressive display in “The Star of Collapse”).

One could go on about the finer points and nuances (which will be picked up more upon each listen), but The Body Cosmic is more about the journey itself. It really sucks you in and brings you along for a ride that is completely captivating. The band’s sense of song flow and their ability to weave in and out of heavy and dreamy sections is impeccable. The diverse range in songwriting, from the riffing and melodies, to the vocals, to the drumming (done by Ne Obliviscaris’ Dan Presland) – they nail it all. Iapetus is worth a thorough investigation for anyone looking for progressive extremity. 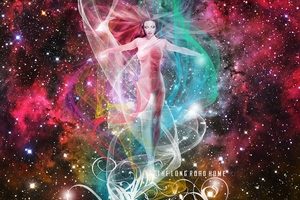