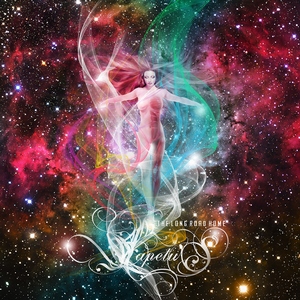 Indeed, rare is the act that can entertain and hold the listener’s attention over the course of 75-minutes of music. Even more rare when said act is of the less established variety. But ultimately, that’s exactly what happens with Iapetus’ debut album The Long Road Home – an atmospheric/progressive melodeath release that allows the listener to take a trip into the cosmos (see the cover art).

For a release six years in the making, The Long Road Home is certainly a worthy title. But with an extended period, it allows for a further investigation of the material at hand. And with songs that stretch towards lengths of 15-minutes, it’s a necessity to ensure everything is in good working order. Despite a number of reasons that could have caused The Long Road Home to falter, Iapetus succeed at every turn. Taking an almost atmospheric black metal take on melodeath – long periods without vocals, airy synths, acoustic guitars, Iapetus adds in some more energetic death metal into the mix. Truthfully, the melodic death metal does have an older feel to it, more akin to the ‘golden days’ where it easily integrated into folk and blackened genres as well. To take one track, “Savior Solitude,” you can grasp your ears around some spiraling progressive riffs, acoustic melodies (with some female vocal accompaniment), and more urgent blastbeats. The acoustics are nearly as important as the more metallic moments, with frequent and somber integration in a way that is just as appealing as the heavy stuff.

Iapetus gives us a strong introduction with The Long Road Home. While there’s some extremity to it, it’s also the type of album that you can just sink in and enjoy – let your mind drift away and enjoy the alternating acoustic/heavy moments as they come. Plus there’s a broad appeal with their approach that could ensnare a large portion of the melodic subset…for a free download, what are you waiting for? 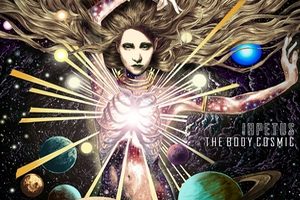