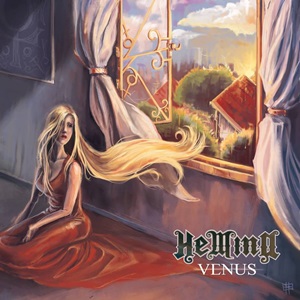 We cover a multitude of metal bands from Australia these days – and rightfully so, considering the talent pool for the land Down Under. Sydney act Hemina perform in the progressive metal sector, previously in this scribe’s sights through their two full-lengths Synthetic in 2011 and Nebulae in 2014 reviewed for another webzine. Moving forward on their own for this third record Venus, you can expect a twelve track, 82-minute effort that should gain modest appeal and admiration for those who love the standard 1990’s-oriented thinking acumen of melodic progressive metal.

Serving up such a sprawling effort can be a daunting proposition for aural consumption. The four-piece balance things out between shorter, focused pieces such as “Expect the Unexpected” at 3:23 through its light jazz saxophone and alluring female background vocal supplements and the Pagan’s Mind-esque spacious “Starbreeze” which features the smooth bass lines of Jessica Martin next to the alluring, low register melodies and integral, measured lead play from vocalist/guitarist Douglas Skene. Unafraid to layer acoustic guitars for texture over the top of a firm electric foundation, the longer 10:41 “I” gives the listener a multitude of atmospheric swings, occasionally adding in deeper, gruff vocals, mid-tempo rhythmic complexities and a massive drop off into an acoustic, Genesis/ Yes dreamland sequence between 6:40-7:58 that would make both Dream Theater and Pain of Salvation beam.

The best progressive metal groups know that you can be adventurous all you want, but if you don’t create key circular moments that people can connect with and reference continuously, it’s all going to be for naught beyond the technical savvy, theory-minded musicians. For Venus, two head-turning cuts are “Dream State of Mind” (the stream of consciousness lyrical section particularly brilliant) and the nine-minute plus “High Kite Ride” that brings top of mind everything from Circus Maximus to Symphony X in terms of heaviness, twists, and alluring harmonic underpinnings on both the vocal and musical fronts. The cover art could remind a lot of progressive mavens into a sequel of Marillion’s Misplaced Childhood thematically beyond the color schemes – and even though this record is quite long, the skill set and dynamic versatility eliminate fatigue.

When you come from a country that has such killer bands in the genre like Vanishing Point and Voyager, the standard has been raised to meet (or exceed) expectations. Fusing saxophone use into an attractive, melodic progressive metal platform gives Hemina another outside the box nuance for establishing their own niche. Venus keeps the output on par with previous recordings, providing a lifetime of enjoyment through talent and execution. 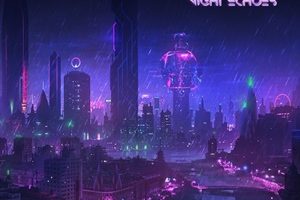