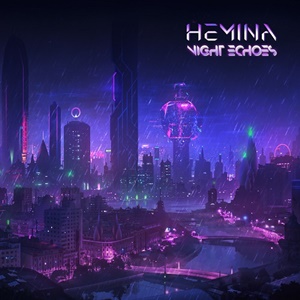 Progressive metal inherently brings out the best musicianship – challenging the listener to absorb ideas of a forward-thinking variety. Australian quartet Hemina since 2008 have been a part of that movement, releasing three albums during the 2010’s (of which 2016’s Venus struck all the right chords with this scribe in its versatile influences and potent delivery). Night Echoes is the fourth full-length, surprisingly showcasing a shorter, more controlled vision as the nine tracks clock in at a rather manageable 45:42 – almost half of what the previous record contained. But do not mistake focus for loss of intricacy and multi-level hooks/harmonies, as Hemina continue to embrace a sound that is engaging, uplifting, entertaining, and able to keep everyone on their toes.

The band’s understanding for multi-part vocal harmonization elevates “What’s the Catch?” and follow-up “We Will” to modern rock radio proportions – considering bassist Jessica Martin and guitarists Douglas Skene and Mitch Coull all contribute to a smooth register, it’s understandable how Kansas/Styx and even fellow Aussies Voyager come to mind, even incorporating darker, gruff melodies in spots of the latter. Keyboard, bass and drumming interplay of sophistication a la Rush/Pain of Salvation makes “One Short” a midway highlight, Nathan McMahon fluctuating between a calmer groove underpinning and thunderous speed fills that prove his serious kit mastery. When the main abilities of the musicians spread out across the music and vocals, beautiful moments occur frequently – be it serene with simply an acoustic guitar and softer vocals plus cymbal crashes for the opening sequence of “Flat” on through to the heavy, progressive drive and fluid lead breaks throughout the 9:33 epic “In Technicolour”. It’s a wide stew approach that can be Pain of Salvation or Circus Maximus-like one moment, then rear back into Toto/Chicago land the next – the band wanting to change parameters song to song, conveying emotion from all sides and delivering a progressive metal sound that invigorates to capture listeners on their first or fiftieth pass. Add in a poignant conceptual story regarding an adolescent boy trying to navigate life following his father’s suicide and it makes all the more sense the push and pull nature of the songs to match the lyrical content.

Australia has been on high alert for incredible bands of various metal genres making a global mark on the scene. Add Hemina to that list of ‘must buy’ acts – especially if you love progressive metal in any facet. 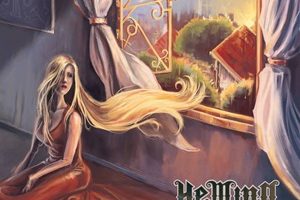