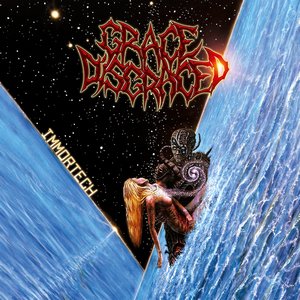 Grace Disgraced made some waves with this scribe back with their last effort, 2016’s Lasting Afterdeaths. While many offer Death worship of the band’s earlier days, Grace Disgraced took some latter day Death influence and infused it with some more current technical trimmings, and slapped a production that gave it a retro vibe without turning the music into a muddy mess. Immortech does more of the same, but ups the stakes in thrilling ways.

Much of the description above still works for the band, and the latter day Death influences are still apparent (but deftly avoid being blatant or overt) in the band’s technical, but not too showy way. One thing that stands out this time around, from the onset, is some of the melodic work the band does. “To Live Forever” has some almost melodeath qualities to it in the riffing at some of its most soaring moments, while still providing that heavy and pounding charge of blastbeats and Polina Berezko’s snarling rasps and roars. The track closes with some stylish atmosphere atop some somber guitarwork, and showcases the band’s continued advances. “Mainframe Lullaby” showcases more melody too, with a turn for more melodic about half way through, even venturing so far as to put in a few cleans that are a suitable change of pace for the positive. The band doesn’t avoid longer cuts either, with most of them clocking in somewhere between 6-8 minutes. That said, there’s so much in each track that you’d barely notice the length – there’s something to grab your attention. The bass stands out in the mix, they give time to flesh out the leads and solos without easing off of the energy that the tracks often provide, and the proggy and jazzy riffs are frequently as playful as they are technical in tone. Given the production, it feels heavy and weighty, as death metal should, still with a nod to the old but allowing all instrumentation to have its rightful spot in the mix.

Given the band’s tenure at this point, it’s crazy to think how they continue to fly relatively under the radar. Technical death metal is all the rage these days, and Grace Disgraced do it with a wink and a nod to the old, while still looking forward. 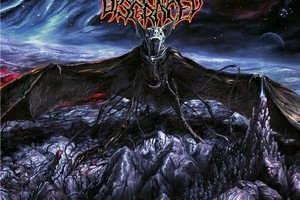