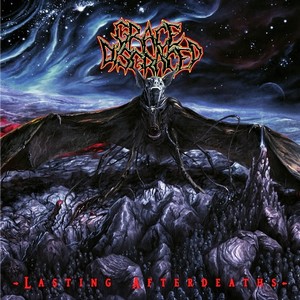 Not sure if this writer is late to the party, but it seems like within the last 2-3 years, Russian metal bands seem to be cropping out of the woodwork with some excellent releases (many of which sadly fall under the radar) – particularly in death metal. The latest to drop a bombshell of an album is Grace Disgraced, who should be riding high right along with bands like Gruesome, channeling their inner Death. But there’s one difference here.

Where a band like Gruesome has been looking towards early Death as a reference point, Grace Disgraced take Death’s later and more progressive elements and try their hand to push things just a little farther. Don’t assume this to be another copycat/clone – while there are some definite influences from the more progressive era of Death’s sound (along with Atheist and Pestilence), Grace Disgraced capture their own vibe. The old school feel is suiting (as is the old school artwork), providing a framework for some adventurous and complex riffing structures that never fail to capture the imagination as the songs themselves all stretch between 6-10 minutes in length. But never a moment is wasted, and the added time allows the songs to adequately transition from older, Floridian territory to more intricate and progressive/jazzy sounds without missing a beat. It should also be noted that these forays into the more melodic never lose the band’s edge, keeping the brutality present. On top of some killer musicianship (note the very present bass), vocalist Polina Berezko provides throaty screams and growls that fit the sound to a tee and give the band some added bite.

Where Horrendous has been the old school death metal darlings for the last few years, Grace Disgraced give them a good run for the money with Lasting Afterdeaths. Those looking for a fix of death metal that is equally rooted in progressive musicianship and killer riffs should investigate further. An album like this is too good to go unnoticed. 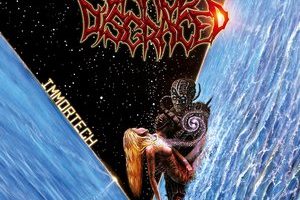