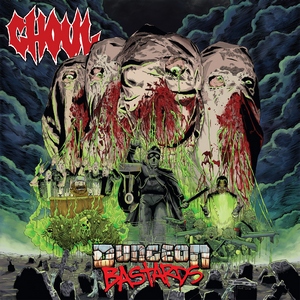 Even though Ghoul has been constantly cranking out EPs, singles, splits, and whatnot, it’s been quite some time since we’ve gotten a full-length from the act. There’s not too much new area to be explored by the act at this point, but they continue a forward progression that should easily satiate fans that found the band’s more recent offers as more of an appetizer.

A blur of thrash and death with some hardcore tossed in, Ghoul continues to do what they do best. Their sense of humor is still intact and carrying the band forward, as well as providing a sense of fun that’s usually lacking in a sound like this. But don’t let the fun factor divert you – there’s nothing comedic about how the band lines up shredding riffs and energetic thrashing. Pile on some gang vocals, screams, and growls, and you’ve got yourself the format for Ghoul’s success. Frantic explosions lead through songs like “Bringer of War” and “Death Campaign,” sure to make sure you are at full attention, while “Abominox” and “Guitarmageddon” close things out on a more groove-ridden note. A few of the tracks in the middle of the disc seem more ‘plain’ per say, which causes it to lose some steam (“Ghoulunatics” through “Word is Law”), but the end picks up the momentum lost.

Just as interesting as the music is the fact that there is a Ghoul boardgame being released with the album. Not privy to much about it, but if it contains the fun that their music can bring, it’s bound to be a winner. As far as Dungeon Bastards goes, it’s sure to win over the status quo with its energetic vibe and joyously light-hearted tone, though others will view it as being simply more of the same. 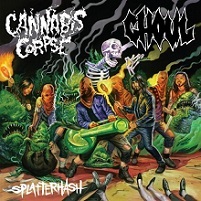