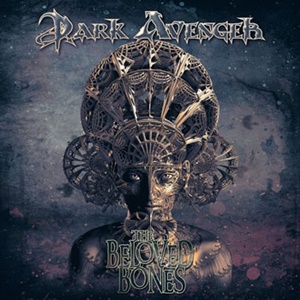 Brazilian power metal band Dark Avenger are back for a second go-around. The first incarnation from 1993-2005 produced two full-lengths, a demo, and an EP. Active again since 2009, they’ve issued their third studio album Tales of Avalon: The Lament in 2013 plus Alive in the Dark a double record of live and acoustic/alternate take material two years later. This sets the stage for The Beloved Bones: Hell – their fourth consecutive album for another label, which may explain part of the issue in establishing any uptick presence in a crowded scene, but could be rectified based on the content within these eleven tracks.

For a sextet these musicians serve up a bevy of power tricks and keyboard/orchestral bells and whistles that flesh out their sound to the hilt. Unafraid to add choir/atmospheric spots to the crunchy, lower-tuned guitar action – the speed elements and roller coaster tempo changes from thrash to mid-tempo groove and back again allow “Parasite” to be an easy first half standout. The alluring violin intro for the title track sets up a bombastic instrumental beginning, full of bells, doom, and cinematic background vocals while the guitars and drums work in jackhammer tandem – axemen Hugo Santiago and Glauber Oliveira thrusting and volleying in almost an Evergrey meets Soilwork in a Nevermore fashion with tones and rhythmic juggling of their parts. Often Dark Avenger embrace a heavier sheen that comes from more of the Scandinavian or American camps than anything Helloween would ever consider – the textures featuring depth of darker impact to allow “Empowerment” or “Purple Matter” the chance to gain favor from a wider audience birth, as one can hear pieces of melodic death/thrash against visions of Tad Morose, Kamelot, and Morgana Lefay for comparison sake.

Then there are the robust melodies of Mário Linhares. The man has pipes beyond his grit, knowledge, and ability to seek out the right nuance of his multi-faceted range – bringing about lower work when called for in the ballad “Breaking Up Again” that blends together Dio/Tate while in other songs like “King for a Moment” the grace and ease of Urban Breed comes to the forefront during the up-tempo verses where he matches the shifting momentum of the arrangement seamlessly. Ending the record on another atmospheric note for “When Shadow Falls” through acoustic/hand drum elements, The Beloved Bones: Hell proves Dark Avenger belong in the big leagues for modern power metal due to understanding what it takes to keep interest on high dynamically for one-hour in this genre. 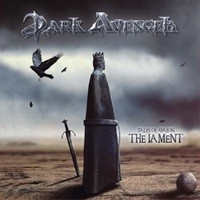