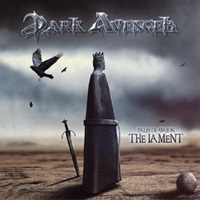 The second part of the Tales of Avalon saga comes 12 years after The Terror – separation occurring from a break up in 2005 only to reunite in 2009. Rossom Records in Brazil first issued this in 2013, but Scarlet Records believed in Dark Avenger enough to give this a bigger push internationally, so now that we’ve been brought up to speed let’s look into this power metal sextet. Reaching back into the legends of King Arthur and his merry knights for the lyrical content, it’s not surprising that the group also have a lot of similar speed and harmony qualities that glide into Kamelot meets Firewind platform – the riffs are sharp and the hooks easy to ascertain.

Vocalist Mário Linhares has no trouble ascending to falsetto highs and holding out trailing notes from a multi-octave perspective. Comparisons to the mighty Geoff Tate circa The Warning or Rage for Order or Urban Breed will come up during the sultry “The Knight on the Hill”, the lead break circling the neo-classical shred meets old school twin harmony skill set. All facets of Dio’s career from Rainbow and Black Sabbath to his solo career are an influence to the rhythm section of the band for certain on “Broken Vows”, a huge snare sound and tremendous evil guitar riffs rip through the airwaves for this 6:04 epic. When the band choose to pick up the pace a little bit, layers of axe play and double bass dance to power metal ecstasy to make “Sicorax Scream” a probably live favorite – although Mário gets a little too carried away in the higher banshee screech department for the choruses.

At 12 tracks and almost an hour of playback time, Tales of Avalon: The Lament does stagnate at times from a little too prolonged excess. Power metal bands would be wise to keep a little more focus instrumentally and possibly look at 10 strong songs versus fleshing things out with all the narrative, pomp-like intros, additional hoof sound effects and obvious Kamelot / symphonic orchestration embellishments- which makes “Dead, Yet Alive!” a throwaway number too OTT for most to handle. In the end, Dark Avenger are a solid if somewhat unsurprising power metal act with obvious musical abilities – now it’s more a question of establishing a more original footprint on the follow up. 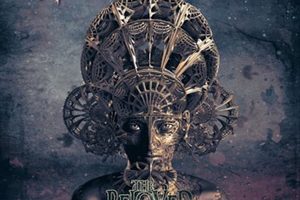