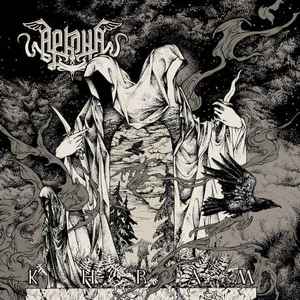 Russian pagan/folk metal act Arkona has never really stopped along the way of their evolution. The balance displayed between black, folk, and pagan influences always seems to vary with each new release, which makes for some wonder before checking out each new release. 2014’s Yav saw a return towards more blackened territory, and as the dark cover forebodes, there’s some further stepping into more black and atmospheric territory with Khram.

While nothing comes across as unexpected in the way of feeling out of place in the band’s progression, there will surely be some people who are disappointed by the lack of ‘party’ folk tunes on Khram. A more occultish and grim flavor is favored throughout (including the creepy chanting that opens and closes the album), with progressive structures holding together many lengthy tracks. While material that does take some steps towards their more primitive years, it’s a good opportunity for the band to show how far they’ve come in regards to additional instrumentation. Instead of relying upon samples, you can hear a full range of wind instruments, piano, cello, and more in a setting that uses them to enhance when necessary instead of full-out exploitation. Instead, the guitars take the lead on interesting melodies while still doling out some blackened aggression and mysticism. With plenty of time within the songs to draw up contrast and dynamic, there’s a more intimate feeling to the music, be it an extended segment of moodiness (“V pogonie za beloj ten’yu”) or a more frantic pagan attack (“Shtorm”). An additional key ingredient continues to be Masha’s vocals, which can shift from howling and primal to melodic and soothing, which enhance the act in either direction.

At almost 75-minutes in length, it does make for a lot to absorb in one sitting – the only slight drawback to Khram. But even the longest cut, “Tseluya zhizn’” still makes for a compelling trip due to the shifts present in the music. Those on the prowl for well-done pagan/folk material that maintains a more serious and epic vibe will certainly get some mileage out of Arkona’s latest work. 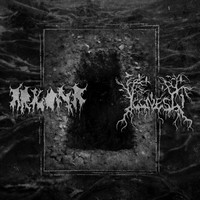 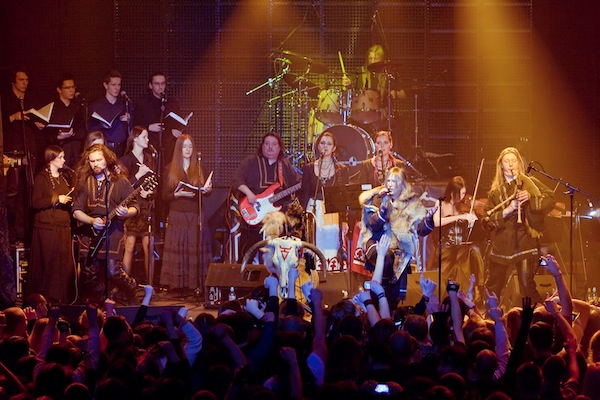