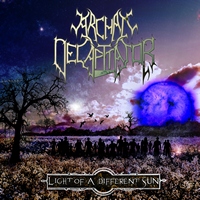 One thing that has been great to watch over the years is the shift in melodic death metal from being a mostly Scandinavian club to one that many up-and-coming North American acts have championed and brought into new directions. Honing in on that Scandinavian melody with a sense of N.A. brutality and chops have made for some rather strong releases, and Archaic Decapitator’s upcoming EP, Light of a Different Sun, is no exception.

Sprinklings of progressive elements, tech-death flurries, thrash, and some light synths make this melodic death metal album one worth seeking out. There’s adrenaline pumping moments that are fueled by thrashy riffing (see “Cult of Reanimators”) that shift off to form catchy, melodic segments and impressive leads. It is the ability of the band to swerve between more aggressive and upbeat “American” melodic death metal with some more melancholic and soaring Scandinavian darkness that is sure to please fans. This more melodic side comes out with “The Three Poisons” and “Face of Asag” as the guitars lean in a more Insomnium-inspired direction that merges effectively with the harder hitting cuts like “Parasomniac.” Another plus in Archaic Decapitator’s book is the very audible bass rumblings throughout, which add a nice layer to the tunes. Oh, and was it mentioned that Kevin Talley did the drums for the album?

Some may feel like melodic death metal is old hat, but it’s more underground acts like Archaic Decapitator that keep the wheels forever turning for those that still get quite a spark from the genre. They have a clear grasp and understanding of the genre’s roots, but aren’t afraid to tweak the formula into something that feels fresh. This is one that should interest fans of the more technically-inclined Allegaeon type material, as well as those looking for the majesty of say, Omnium Gatherum. 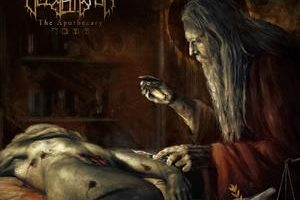