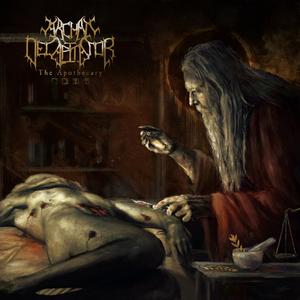 Three years and a few line-up changes removed from their 2016 EP Light of a Different Sun, Connecticut-based melodic death metal act Archaic Decapitator is back with another EP in the form of Apothecary. In line with what they did last time, Apothecary takes the older, Scandinavian approach to melodic death metal but ramps things up with some good ole Americanized brutality (and technical components).

The first thing that really hits home when listening to Apothecary is how immediate it feels. The riffs and melodies all work in their intended ways, and you can get hooked just as soon as “Skywards” opens up. But beyond that, and is something that isn’t necessarily the norm in melodeath, is that there’s some real layering to it to hold your interest past the initial run of listens. This is where the more progressive/tech influence begins to show, and becomes evident in the last two tracks, “Diminishing Returns” and “The Apothecary,” where the extended runtimes give them more opportunity to introduce different elements and tempos. While there’s plenty of enjoyment to be had in simply following the surface melodies, some of the intricacies beneath it make for a more majestic listen over time. Some of that elegance stems from the synths, which don’t carry a normal tone, and while they frequently work from the background, there is an undeniable presence that really helps to flesh out the sound of each track.

While there’s only a few tracks to engage in (4 true tracks and an intro), Archaic Decapitator make the most of their time with graceful melodies wrapped into a heavier package. The strength of the purely melodic death riffage is quite catchy, and the subtle additions to the band’s sound make Apothecary a strong release for fans of the genre. 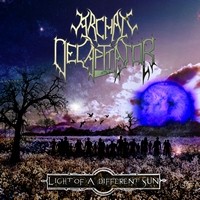