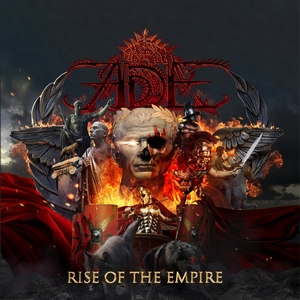 One of the more unsung heroes of the Italian extreme metal scene, ADE have been at it for over 10 years at this point, with Rise of the Empire being their fourth full-length release. Focusing on their homeland for inspiration, their releases have taken a Nile-esque build-up as they explore the Roman Empire through death metal intensity. Rise of the Empire continues the high-standard that the band has set, employing a genuine Roman theme to act as a catalyst for brutal material.

ADE has many parallels to their high-octane breathren (such as Hour of Penance) in their use of some rather speedy sonic indulgences. But also, they know how to set the mood and employ riffs that make the frenetic pacing seem manageable. A ton of different tempos are employed to make the speed runs stand out and exhilarate, and they don’t shy away from injecting some sly melodies into the mix. On top of this, their use of scope and scale with bringing in almost folk metal worldliness alongside the brutality to give a sense of Roman times through the use of synths and non-metal instruments. This is something that has been the band’s definition for a while (especially with Carthago Delenda Est), and it’s simply further fine-tuned here. They can provide massive riffs and pummeling fury, but it is doused with melodies and grandeur that it feels quite cinematic in tone. One only has to look at a track like “Suppress the Riot” to see how they can take an otherwise assaulting death metal track and sprinkle in a real sense of identity into it.

Sure, there are other bands that can rip and tear as well as ADE, but few can capture such a raw, furious essence and give it a distinctive Roman flair. Rise of the Empire is sinister yet nuanced, offering an epic scope that is altogether engaging and full of attention-grabbing riffs and symphonic/folky undertones. A real travesty that this act hasn’t gotten more recognition for their particular niche of extremity. 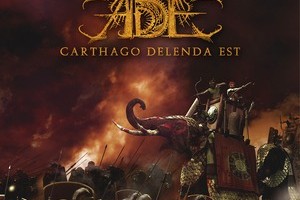