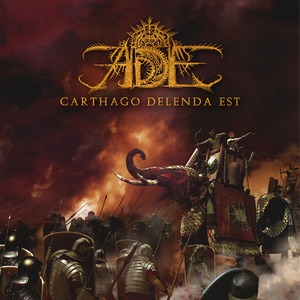 Sometimes albums come out of nowhere and blow you away. Such was the case with ADE’s second album, 2013’s Spartacus. One of the finest albums released in said year, it was the band’s ability to seamlessly blend authentic ethnic/cultural themes and sounds into their all-too-ferocious death metal that gave them a decisive edge. Three years later, we are now privy to their magnum opus (so far) – a concept album based upon the Punic Wars.

Following Spartacus’ lead with an authentic concept already pushes ADE’s quest favorably. It gives context and meaning to the death metal slaughter that follows. The way that the ethnic and symphonic elements are brought in only heightens this sense – and all of which is done without diminishing the sheer brutality the band conjures with their instruments. What ADE has a truly firm grasp on is being able to balance the two sides of their act. From the elephants that open up “With Tooth and Nail” to the sweeping grandeur of “Mare Nostrum” to all-out assault of “Sowing Salt” – the additional elements seek to enhance the death metal beneath, not overtake it.

In terms of the death metal itself, there’s a nice combo of the Nile-flavored technical edge with the precision and brutality of their countrymen (Hour of Penance, Fleshgod Apocalypse). ADE can fire away at all cylinders, but understand the scope and magnitude of their concepts require more than this. “Dark Days of Rome” can hit as hard as anyone else in the underground, but mid-tempo stompers like “Zama – Where Tusks are Buried” and subtle melodies of “Excidium” are what take things to yet another level. Carthago Delenda Est will hit you like a sledgehammer, but the intricate riffs and melodies will make sure it’s a memorable time.

While Spartacus seemed to slip below the radar of many, hopefully Carthago Delenda Est will carry the band into death metal’s elite where they belong. For those who heard Spartacus, know that this album brings all of those elements to the next level in every regard – few bands can rival ADE in terms of channeling such an adrenaline-boasting death metal beast with an equally epic and violent symphony. Truly a soundtrack to ancient wars. 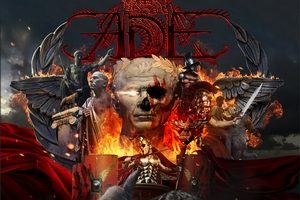