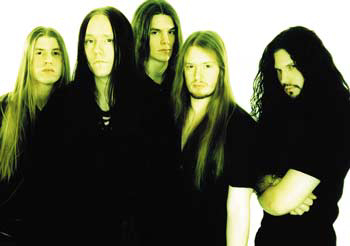 A recent chat with our own Matt Coe reaffirmed a common belief among those “in the know”: Arch Enemy’s best era was the Johan Liiva era. Liiva, who was unceremoniously sacked in 2001 in favor of the far more visually-appealing Angela Gossow, fronted the band for its first three albums, Black Earth, Stigmata, and the band’s best moment 1999’s Burning Bridges. A charismatic, unique singer, Liiva’s barbed-barks gave AE’s fledgling compositions the bite and intensity they needed, not to mention phrasing and depth that Gossow was never quite able to match.

With that in mind, our Vintage Video pick is Burning Bridges’ lead track, “The Immortal.” Dominated by the Amott’s guitar pyro and Liiva’s raging chorus choices, the song was more than just a sign of the melodic death metal times. It was adventurous, lead-driven, and above all else, strikingly memorable. Arch Enemy hasn’t been able to top it since.