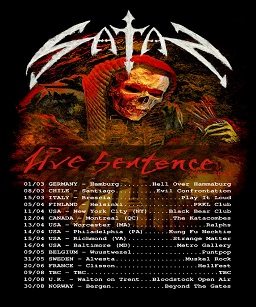 SATAN’s latest album, Life Sentence, was released on April 29, 2013 in Europe and May 21, 2013 in the U.S. via Listenable Records. The cover artwork for the effort was drawn by Eliran Kantor (TESTAMENT, HATEBREED, SODOM) and depicts a similar graphic concept as that of the band’s debut album, “Court In The Act”, originally issued 30 years ago.

Life Sentence was mixed by Dario Mollo, who is part of TONY MARTIN’S HEADLESS CROSS touring project and has worked with numerous artists as a producer and engineer, including SKYCLAD, ANATHEMA, CRADLE OF FILTH, LACUNA COIL, Tony Martin and Glenn Hughes. The CD was recorded September-November 2012 at First Avenue Studios in Newcastle, England and was mixed and mastered by Mollo at Damage Inc. Studio in Italy. 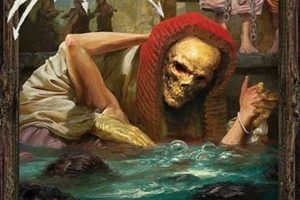 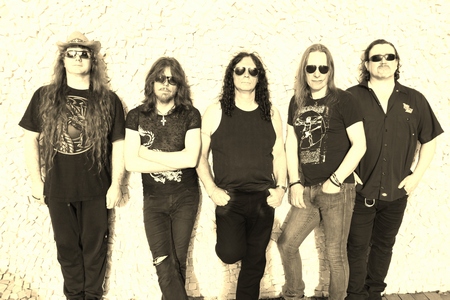