METALLICA Posts Behind The Scenes Footage Of Recent Concert In Bogata 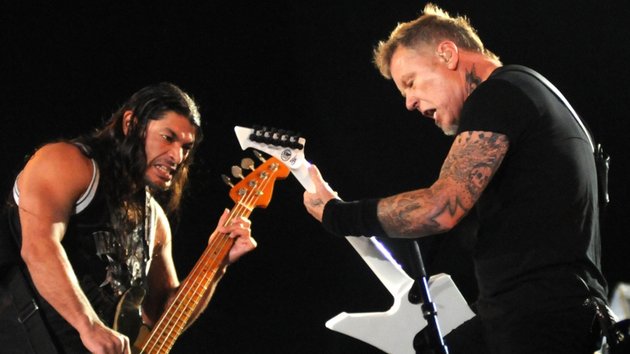 METALLICA has uploaded behind-the-scenes footage of their March 16 show in Bogotá, Colombia. The near-20-minute clip includes the band in the tuning room working on the new song “The Lords Of Summer,” which was debuted that night, as well as “…And Justice for All.” Also included is the new “By Request” intro video with some commentary from frontman James Hetfield, the band in the pre-show huddle, and “Blackened” from the show.

As promised, the band played a nearly all-request set in Bogota, with 17 songs chosen online by fans prior to the gig and the last slot filled by the new track.

The rest of METALLICA’s “by request” show in Bogota featured such “rarities” as “Master Of Puppets,” “Welcome Home (Sanitarium),” “Sad But True,” “Fade To Black,” “One” and “Enter Sandman.”