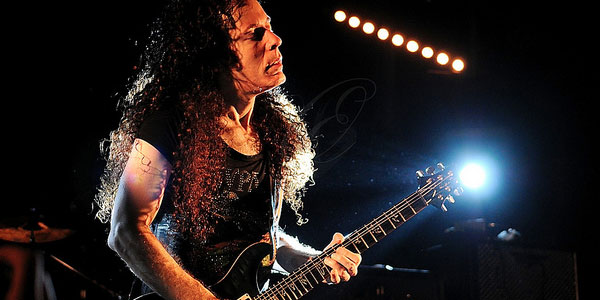 Former MEGADETH guitarist Marty Friedman has released the video for “Inferno,” the title track of his forthcoming new album. The video’s concept is inspired by a television show called “Zenryokusaka” (“Full Power Hill”) that airs weekly in Japan, where Friedman has lived for more than a decade and established himself as a popular TV personality. A two-minute compilation of some of Friedman’s notable Japanese broadcasts can be seen below.

“The music video for ‘Inferno’ is an homage/parody of one of my fave Japanese TV shows, ‘Zenryokusaka’,” Friedman explained. “It’s a weekly five-minute show where the entire premise is absolutely nothing but a girl running up a hill. Each week a different girl, and a different hill. I am hooked on this show, and think it is genius in its simplicity and ever-so-slight sexual nature. It took me a while to explain the charm of the show to the video director [David Brodsky], but I think towards the end of making our video together, he got it. It’s like many things that happen outside the culture you were born in; you either get it and it’s fresh or you don’t and it’s just weird.”