oresta commented on the new album: “This might be my favorite thing I’ve ever worked on. It’s definitely the heaviest sounding. I’m really excited to get this record out to people. Everyone worked their asses off on this one and I think it shows”.

Drummer Ryan Parrish added: “This record looks exactly how it sounds. Savage. Everyone involved with Tyranny Of Will, from the artwork to the recording, mixing, and mastering process, went above and beyond and hopefully all of you maniacs out there will crank it to 11!”

The Tyranny of Will Track Listing: 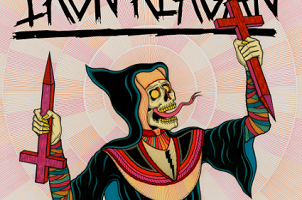