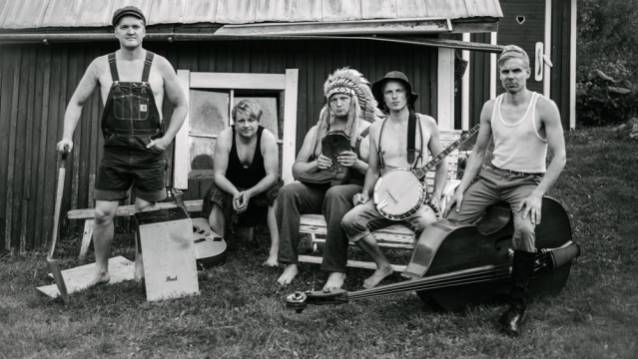 As first reported by Blabbermouth, video footage of the Finnish band STEVE ‘N’ SEAGULLS performing a dueling banjo-standup-bass-washboard-and-more take on the IRON MAIDEN classic “The Trooper” can be seen below.

“The Trooper”, IRON MAIDEN’s ninth single and the second from their 1983 album Piece of Mind, was released on June 20, 1983. The song is about the Battle of Balaclava in 1854 during the Crimean War, and is at least partially based upon Alfred Lord Tennyson’s poem “The Charge of the Light Brigade”, taking the viewpoint of one of the slain troopers, who, in the cover art, is perceived as a bald Eddie.