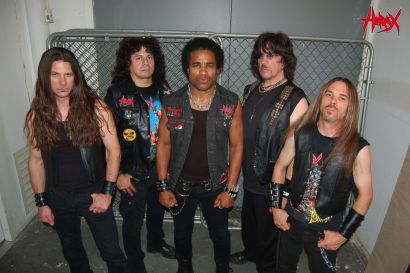 Thrash metal legends HIRAX entered the studio back in April to record their new studio album titled, Immortal Legacy. The album will be released in the US/Canada on September 24th through SPV/Steamhammer and available formats for the latest effort will be CD, gatefold colored LP and digital download. Philip Lawvere will be the mastermind and artist behind the album’s artwork.

Singer and mastermind Katon W. De Pena provides the following update: “We record the new album with legendary producer Bill Metoyer (SLAYER, W.A.S.P., ARMORED SAINT, CIRITH UNGOL and many others). This is our most epic sounding record to date, sonically powerful and over-the-top. Fourteen new raging thrash metal songs that will make you bang your head!!!” 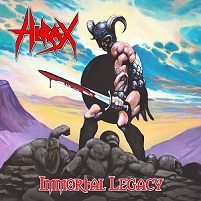